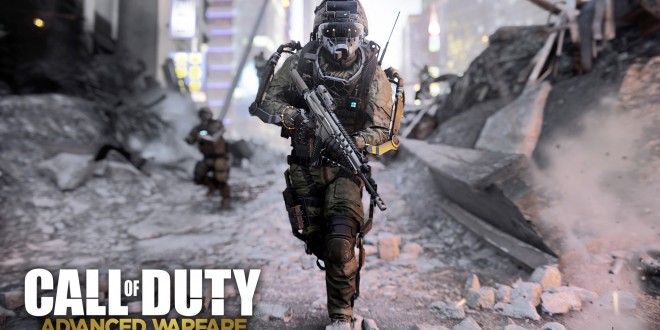 Emblem Editor will be available in CoD: Advanced Warfare

Call of Duty: Advanced Warfare developer, Sledgehammer Games, confirmed today that the Emblem Editor will return in the new CoD installment. According to the dev, one of their main goals while making the game was to listen to their fans’ wishes. Since this feature was requested, it somehow found its way in Advanced Warfare.

Through Emblem Editor you will be able to customize your emblem, which will appear on your operator’s exoskeleton in the game. This is, according to Sledgehammer, a way for players to show off their personality in the Virtual Lobby and during multiplayer matches. Emblem Editor is a feature that appeared in Treyarch’s Call of Duty: Black Ops duology. At first, the editor contained several basic emblems that you could use to make your own logo that could be painted on your gun and that represented your level. In Black Ops II, the number of editing possiblities was extended and now players could store more emblems and apply them when they wanted to. Currently, there is no information about the Emblem Editor in Call of Duty Advanced Warfare, other than what I already mentioned above.

Considering all the work they have to do in order to develop, polish and release a game like Call of Duty, it’s laudable that Sledgehammer is taking time to add fan requested features to the game. Hopefully, this care for the community means that they will try and deliever a good, quality product, not just another yearly money-milking entry to the franchise.

Call of Duty: Advanced Warfare is an upcoming third person shooter game developed by Sledgehammer Games and published by Activision. It is the first title in the franchise that will be part of Activision’s three-year development cycle. Advanced Warfare will be released in November 4, 2014, on PC, PlayStation 3, PlayStation 4, Xbox 360 and Xbox One. It is worth mentioning that Sledgehammer only made the next-gen versions, while the other ones were created by High Moon Studios. As you probably noticed already, this is the first game to not receive a release on Nintendo platforms since Modern Warfare 2 came out.

I'm a journalism graduate and an occasional gamer. As a kid I used to own a NES clone called "Terminator 2", which was hugely popular in my country. I like old school games and adventure games but I occasionaly play RPG's and Shooters as well, though I wouldn't call myself an expert at these kinds of games. When I'm not writing or playing games I prefer reading detective or fantasy novels.
Previous Destiny’s soundtrack is now available
Next iPad Mini 2 vs. Asus Vivotab Note 8