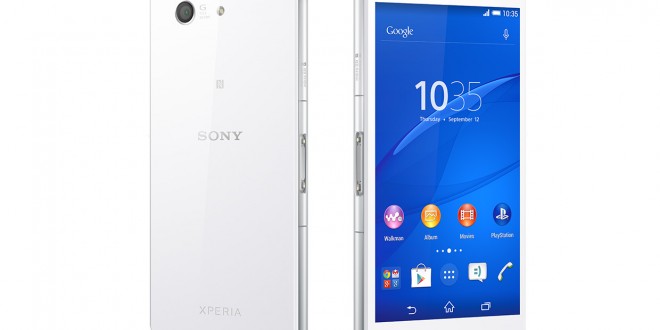 Sony has recently announced a Compact version for its Xperia Z3, and the phone really seems to be packing quite a punch. This is the compact iteration of the Sony flagship phone, the Xperia Z3. The Compact trend is used by other manufacturers as well, like Samsung and HTC, both making mini clones of their big hits. While most efforts in design and features are always targeted at the bigger phones, lately the smaller versions have gotten as good as their bigger siblings. The specs are very similar: same processor, same graphics unit, same screen technology. The main difference is the size: it has a 4.6 inch screen instead of 5.2 inch, and 2GB ram instead of 3.

The Sony Xperia Z3 compact will hold a charge longer than the:

These days, where forgetting to charge your phone at night means your first priority the next morning is finding a power source, battery life is crucial. The Sony Xperia Z3 Compact really fills a big need. On top of its ergonomic size, latest processing power and newest OS, it’s also waterproof and has shatterproof glass on the display. Although eclipsed by its bigger brother, the Sony Xperia Z3 compact is a real game changer.

I’m Load The Game’s co-founder and community manager, and whenever I’m not answering questions on social media platforms, I spend my time digging up the latest news and rumors and writing them up. That’s not to say I’m all work and no fun, not at all. If my spare time allows it, I like to engage in some good old fashioned online carnage. If it’s an MMO with swords and lots of PvP, I’m most likely in it. Oh, and if you’re looking to pick a fight in Tekken or Mortal Kombat, I’ll be more than happy to assist! Connect with me by email markjudge (@) loadthegame.com only
@@MarkJudgeLTG
Previous Far Cry 4: Ubisoft looked at several settings before deciding to go with the Himalayas
Next HTC M8 Eye rumored to arrive next month