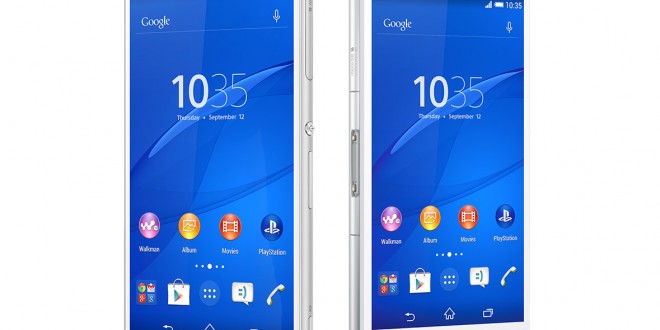 Sony has released the much anticipated Xperia Z3, and along with it, a smaller clone of flagship:  the Xperia Z3 Compact. Sony smartphone enthusiasts have long awaited the release of these phones, and for good reason. Since the launch of the Sony Xperia Z in February 2013- the first popular waterproof smarphone the company released a new version every 6 months. They followed an interesting principle: if it ain’t broke, don’t fix it. Since the first Xperia Z, Sony made their flagship with no compromises: sleek design, durable materials, waterproofing, and the latest technology in processors, screen and camera. With phones getting bigger every year, and with an increasing need for normal sized phones, many manufacturers made smaller versions of their heavily advertised flagship products. Sony also followed this trend by making the Sony Xperia Z3 Compact. But which one is good for you? Let’s find out in this comparison of Sony Xperia Z3 vs Sony Xperia Z3 Compact.

Right away you can see there’s no major difference in the look of the Xperia Z3 compared to its predecessors. It’s the same monolith shape: a sandwich of two glass panels held on by a metal bumper, although this one has a matte texture, not chromed like previous versions. Its simplicity would point towards Apple’s philosophy in design. On the front there’s a noticeable quest for simplicity by having the top and bottom bezel perfectly symmetrical. This feature is echoed by the two slim front facing speakers. The only features to show you which end is up is the logo and the front facing camera. The Sony Xperia Z3 Compact has the same design features. The Sony Xperia Z3 is bigger than the Sony Xperia Z3 Compact by about 20 mm in height and 7 mm in width. The only aspect where the compact suffers is the thickness, where it’s larger by 1.3 mm. The Compact weighs 24 grams less (129 instead of 152). The Sony Xperia Z3 comes in 4 colors: white, black, silver green and copper. The bezel on the front panel is white for the white version, and black for the rest. The Z3 compact comes in the black and white but the colored ones are more vivid: instead of copper, you get a red orange and the green is much stronger than the subtle shade of the Z3.

Both phones are powered by Qualcomm Snapdragon 801 with a 2.5 Ghz quad-core processor. The Adreno 330 graphics chip is also a good fit for the flagship and its smaller clone. The camera is identical, featuring back-side illuminated sensors. Sony has a proven track record for great imaging and these phones just reinforce it. The screens are powered by Sony’s Triluminous techology with an X-reality engine. This basically means Sony makes their own screens, and they’ve made them very good. It also means it might be more expensive to replace, being a bespoke part made with patented technology, so buyers beware. Shatterproof glass on the front doesn’t mean the display is indestructible.  The resolution on the Sony Xperia Z3 is full HD, giving it an edge over the compact model, with a pixel density of 424ppi vs 319ppi. The Z3 Compact has a 720×1280 resolution, which is sufficient for its 4.6 inch screen.

The battery life on both these phones is outstanding, beating most other phones and leaving the new iPhones in the dust. Between the two, the Sony Xperia Z3 Compact has a better endurance rating of 101 hours, as tested by GSMArena, that’s 16 more hours than the Z3. The two areas where the Z3 does better is talk time, and audio playback. But if you browse and watch vidoes more, then the smaller screen with the smaller resolution will keep your phone alive longer, even though the battery is also slightly smaller. It just proves: you can’t have everything: stunning resolution and great battery power in one.

I’m Load The Game’s co-founder and community manager, and whenever I’m not answering questions on social media platforms, I spend my time digging up the latest news and rumors and writing them up. That’s not to say I’m all work and no fun, not at all. If my spare time allows it, I like to engage in some good old fashioned online carnage. If it’s an MMO with swords and lots of PvP, I’m most likely in it. Oh, and if you’re looking to pick a fight in Tekken or Mortal Kombat, I’ll be more than happy to assist! Connect with me by email markjudge (@) loadthegame.com only
@@MarkJudgeLTG
Previous Nexus 6 Shamu spotted in new leaked image
Next Samsung Galaxy Note 4 now available for pre-order at Sprint 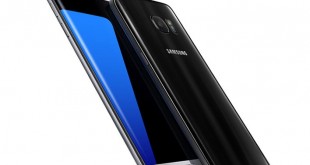 Samsung’s Galaxy S8 Specifications were recently leaked. The device is planned to be unveiled in ...