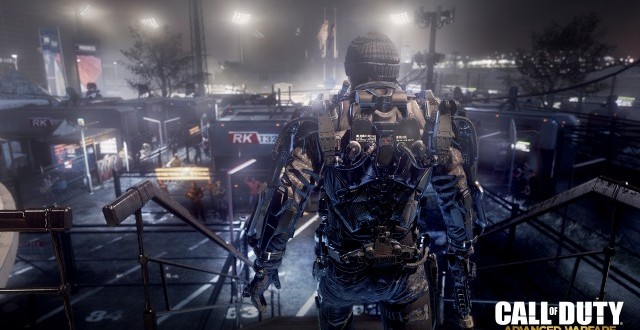 Another reason is that PS3 and Xbox 360 sales are down by a lot this year (50% and 46% respectively) and this might not bode well for cross-gen titles such as Call of Duty Advanced Warfare. Speaking of platforms, he thinks that many consumers are still debating on whether or not they should upgrade to the PS4 and Xbox One. This indecision means that they might not purchase the game until they can decide on a platform. That being said, Bhatia did admit that there are more variables here and Call of Duty Advanced Warfare might do better than Call of Duty Ghosts given the huge amount of hype surrounding it and the lack of direct competition this year.

Battlefield Hardline has been delayed until 2015 so only Halo: The Master Chief Collection and Destiny might sway some of the potential customers. But one is a compilation comprised of previously released game while the other is an MMO, more or less. That means there will no be new releases in the genre of Call of Duty Advanced Warfare around that time and that will definitely help the game’s chances. We’ll just have to wait and see how it performs when it releases on November on 4th for Xbox 360, Xbox One, PS3, PS4 and PC.

I’m Load The Game’s co-founder and community manager, and whenever I’m not answering questions on social media platforms, I spend my time digging up the latest news and rumors and writing them up. That’s not to say I’m all work and no fun, not at all. If my spare time allows it, I like to engage in some good old fashioned online carnage. If it’s an MMO with swords and lots of PvP, I’m most likely in it. Oh, and if you’re looking to pick a fight in Tekken or Mortal Kombat, I’ll be more than happy to assist! Connect with me by email markjudge (@) loadthegame.com only
@@MarkJudgeLTG
Previous The Oppo N3 will feature a Qualcomm Snapdragon 805 processor and 3 GB of RAM
Next Destiny DLC details emerge, most of the content is already on the disc