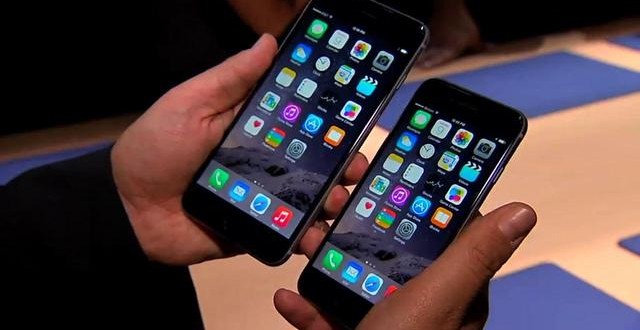 Earlier this month we learned that Apple ran into some problems with certificating the iPhone 6 and iPhone 6 Plus in China so it was assumed that both devices will suffer considerable delays. There still isn’t any official confirmation on whether the problem has been solved or not, but rumor has it that the smartphones will finally arrive in the country on October 10th. The reports suggesting this date are coming in straight from reliable sources in China and we are inclined to believe them. Meanwhile, Apple previously stated that it was working hard to release both the iPhone 6 and iPhone 6 Plus as soon as possible in China so the company presumably managed to straighten things out and is now preparing for the big launch. China is currently the biggest smartphone market in the world, which means that any more delays would deal a pretty big blow to Apple.

The iPhone 6 comes equipped with a 4.7-inch display complete with 750 x 1334 resolution and 326 pixel density. A quick peak under the hood reveals an Apple A8 64-bit chipset with a dual-core Cyclone processor clocked at 1.4 GHz and 1 GB of RAM. Other specs include an 8 MP primary camera, 1,810 mAh battery and 16/64/128 GB internal storage memory options without microSD card support. The iPhone 6 Plus is similar to its smaller brother in terms of specs, but it does feature a bigger 5.5-inch display with 1080 x 1920 resolution and 401 pixel density. Another important difference worth noting is that the device also features a larger 2,915 mAh battery. Both the iPhone 6 and the iPhone 6 Plus run on the iOS 8 operating system.

Combined, the iPhone 6 and the iPhone 6 Plus have sold more than 10 million units just in their launch weekend, thus setting a new record for Apple. The devices were generally well received by consumers, however, there were a few complaints regarding the fact that the iPhone 6 Plus bends in the pockets of some users.

I’m Load The Game’s co-founder and community manager, and whenever I’m not answering questions on social media platforms, I spend my time digging up the latest news and rumors and writing them up. That’s not to say I’m all work and no fun, not at all. If my spare time allows it, I like to engage in some good old fashioned online carnage. If it’s an MMO with swords and lots of PvP, I’m most likely in it. Oh, and if you’re looking to pick a fight in Tekken or Mortal Kombat, I’ll be more than happy to assist! Connect with me by email markjudge (@) loadthegame.com only
@@MarkJudgeLTG
Previous The Evil Within PC system requirements revealed
Next Drones have become legal for movies and TV