Breaking News
Home » LTG Slider » Destiny DLC details emerge, most of the content is already on the disc 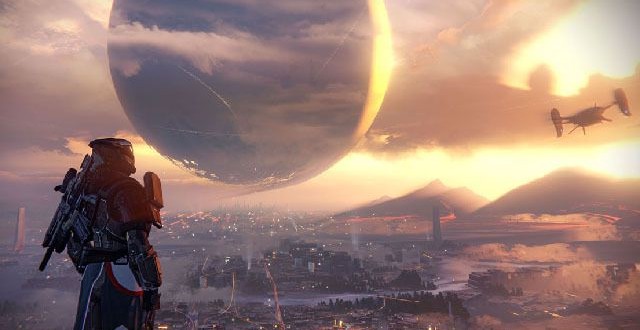 Destiny DLC details emerge, most of the content is already on the disc

Bungie has stated on more than one occasion that it plans to support Destiny post-launch with additional content. Well, it looks like some of this content is already on the disc and can be accessed due to a glitch. The bug was discovered by a Youtube user who happened upon it by accident. The players was locked out of all the missions because of this glitch, but at the same time, he was able to see all the new missions on his map. While we don’t know how one might be able to access the DLC, we do have a pretty good idea about what it will add to Destiny once it’s released. Details on the new content can be found below.

Venus: Story Mission – There appears to be a new story mission in “The Terminus”.

Mars: Strike [Level 20] – The Hypogeum: The ressurection of the Black Garden has begun. Stop the Vex before the Garden’s heart beats again.

Skirmish [Special Event] – Only the worthy may face the Trials of Osiris for only the worthy are strong enough to endure what is to come.
A string of victories will earn you great rewards – but lose three times and you’re out.

The video posted by the Youtube user reveals the names of the DLC packs and also mentions the Iron Banner event that’s scheduled to arrive to Destiny next month. As for the expansions, The Dark Below is expected to launch in December while the House of Wolves DLC will only release next year.

I’m Load The Game’s co-founder and community manager, and whenever I’m not answering questions on social media platforms, I spend my time digging up the latest news and rumors and writing them up. That’s not to say I’m all work and no fun, not at all. If my spare time allows it, I like to engage in some good old fashioned online carnage. If it’s an MMO with swords and lots of PvP, I’m most likely in it. Oh, and if you’re looking to pick a fight in Tekken or Mortal Kombat, I’ll be more than happy to assist! Connect with me by email markjudge (@) loadthegame.com only
@@MarkJudgeLTG
Previous Call of Duty Advanced Warfare will sell less than its predecessor according to analyst
Next Middle-earth Shadow of Mordor has a lot of replay value says Monolith