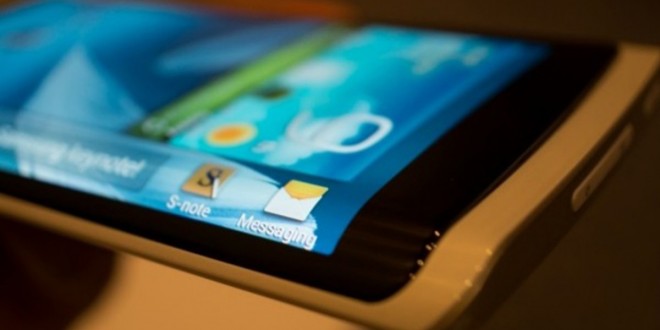 Galaxy Note Edge up for pre-order in the UK

The Galaxy Note Edge sports the same specs the Galaxy Note 4 does, with a 2.7 GHz quad-core CPU,  3 GB RAM and either 32 or 64 GB internal storage and will also feature a 16 MP rear camera with smart optical image stabilization and a 3.7 MP front camera. Connectivity-wise, the Galaxy Note Edge will support LTE Cat 6 for 300 Mbps download speeds, Bluetooth 4.1, infrared, NFC and cutting edge Wi-Fi. All of this will be put to use via a 5.6 inch Quad HD+ Super AMOLED display with a 2560*1440 resolution and 160 extra pixels on its curved edge.

If price would not be of importance, and you would have two devices in front of you, which would you choose: the Galaxy Note 4 or the Galaxy Note Edge? I really enjoy what Samsung did with the Galaxy Note Edge and I’m sure I would find many uses for the screen dropping off the edge of the phablet. On the other hand, I don’t know how I would find a suitable case for this type of phone, but I’m sure a regular case will do just fine since the display could be visible if it were book-type case. So, which would you choose?

My life-long dream has been to test out every gadget on the market! Considering the fact that I've rapidly destroyed almost every gadget I've had so far, I'm not inclined to owning something, so my ideal outcome would be to have a different gadget each month. I'm really into smartphones, wearables and tablets and I love Playstation and Xbox, I'm sure I'll beat you at your own game (after a month of training... or two)
Previous Invisibility cloak DIY – the Rochester cloak
Next Android Wear Com 1 smartwatch pulled after Google complaint