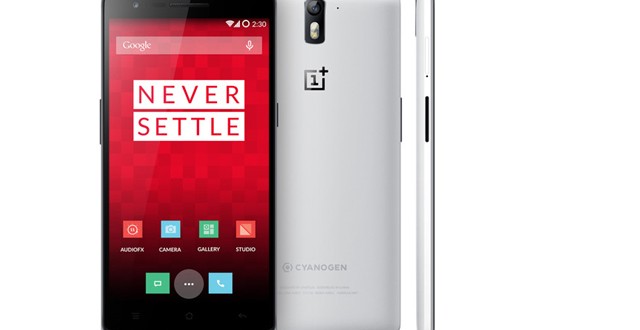 The OnePlus One is still not exactly widely available for purchase, but it looks like OnePlus is already giving us a time frame for when we should the expect to see its successor. During a recent AMA on Reddit, Carl and David from OnePlus offered to answer “almost” any questions coming in from the fans. As you might imagine, a lot of people asked about the OnePlus 2 and its potential release date. Usually these kind of questions are dodged by most companies, but the folks over at OnePlus were more than happy to answer. “OnePlus 2 should be out in Q2 or Q3 of 2015,” the company said. “By that time, I’d think Android L would be standard. We’ve seen a lot of people asking for a smaller device, and want to let everyone know that we hear you. We’re thinking about it.”

I happen to agree on the fact that Android L is likely to be standard by that so we can safely assume that the OnePlus 2 will be running it. Granted, it will probably run on a version of CyanogenMod based on Android L, just like the OnePlus One runs on a similar version based on Android 4.4 KitKat. We also learned from the response that the company is considering launching a smaller smartphone, but apparently it’s not quite ready to talk about. Elsewhere, someone asked if the OnePlus 2 will be around the same size as the OnePlus One. Carl replied with “It may or may not be.”

So, will the upcoming device end up featuring a display smaller than 5.5-inch? Most manufacturers seem keen on releasing bigger and bigger smartphones, but OnePlus might be doing the right thing by launching a smaller one. Now there are plenty of 5.5-inch competitors around and that’s not very good for business. We’ll let you know as soon as we learn any new details about the OnePlus 2 so stay tuned.

I’m Load The Game’s co-founder and community manager, and whenever I’m not answering questions on social media platforms, I spend my time digging up the latest news and rumors and writing them up. That’s not to say I’m all work and no fun, not at all. If my spare time allows it, I like to engage in some good old fashioned online carnage. If it’s an MMO with swords and lots of PvP, I’m most likely in it. Oh, and if you’re looking to pick a fight in Tekken or Mortal Kombat, I’ll be more than happy to assist! Connect with me by email markjudge (@) loadthegame.com only
@@MarkJudgeLTG
Previous Moto 360 software update improves battery life
Next Huawei Honor Tablet debuts with 3G