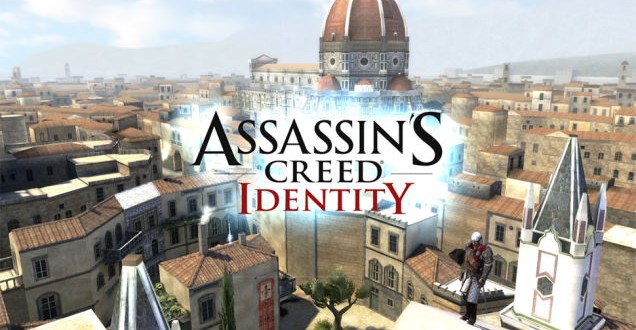 Assassin’s Creed Identity has been announced and is already out

It seems like 2014 is the year of the Assassin’s Creed franchise, at least due to how many iterations the series has gotten. First, Ubisoft had released Assassin’s Creed Memories, a multi-faceted experience blending card battle, RPG, and strategy title. Then, the French publisher has further detailed Assassin’s Creed Unity and Assassin’s Creed Rogue, which are scheduled for a simultaneous mid-November release. Last week, Ubi had also announced Assassin’s Creed Chronicles: China, a 2.5D standalone story-driven title, in which players take the role of Shao Jun: an assassin who has previously-trained under Ezio.

Now, the publisher has announced Assassin’s Creed Identity, a new 3D action/adventure title for the iOS (see gameplay above), in which players get the chance to create their own assassins (there are three different classes to choose from), and send them to freely jump and stab people throughout Italy. Assassin’s Creed Identity is free-to-play, although the game does feature micro-transactions. That said, real-life cash can only get you character customisation and vanity items. An in-game decryption system allows you unlock in-game items, and players can hire their friends to help complete objectives by calling them at any point during a mission. The publisher claims that Assassin’s Creed Identity’s graphics represent “a new milestone in mobile graphics”.

Set during the Italian Renaissance, Assassin’s Creed Identity sets its story-missions in Rome’s Colosseum, Florence, in addition to other famous locations. The game’s hero is controlled either by virtual analogue sticks or tap-to-move instructions, while the missions are kept short to accommodate playing on the go. The game’s iOS description page adds that Assassin’s Creed Identity features randomly generated missions, each based on 16 different objective types.

For now, Assassin’s Creed Identity is only available in Australia and New Zealand, but Ubisoft plans to release it anywhere else sometimes in 2015. The game’s minimum requirements are the iOS 7 operating system, iPad 3, or iPhone 5.

I’m Load The Game’s co-founder and community manager, and whenever I’m not answering questions on social media platforms, I spend my time digging up the latest news and rumors and writing them up. That’s not to say I’m all work and no fun, not at all. If my spare time allows it, I like to engage in some good old fashioned online carnage. If it’s an MMO with swords and lots of PvP, I’m most likely in it. Oh, and if you’re looking to pick a fight in Tekken or Mortal Kombat, I’ll be more than happy to assist! Connect with me by email markjudge (@) loadthegame.com only
@@MarkJudgeLTG
Previous HTC One M8 Max to rival the Galaxy Note 4
Next Ematic HD 7: A cheap and reliable Android tablet