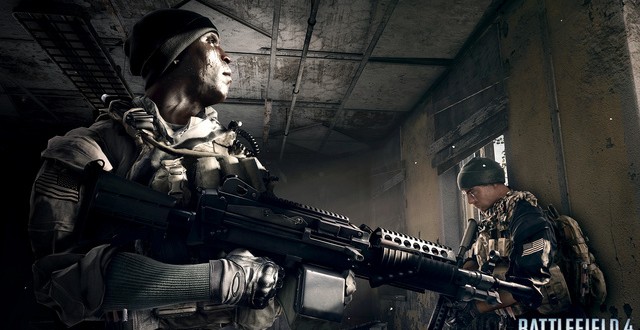 A massive Battlefield 4 patch is currently rolling out on all platforms. This ‘Fall’ update brings with it a wide variety of changes to the core game and DLC s along with bug fixes and tweaks aimed at improving stability and balance. Battlefield 4 was riddled with bugs when it launched almost one year ago and DICE has been trying to straighten things up ever since. Several other updates were released until now in an attempt to fix all the problems, but this last one is the biggest patch to date. The full change log is extremely long so I won’t list all of it here, but you can check out some of the highlights below.

You can view the full patch notes on the Battlefield 4 website. The update is available for PC, PS3,PS4, Xbox 360 and Xbox One.

I’m Load The Game’s co-founder and community manager, and whenever I’m not answering questions on social media platforms, I spend my time digging up the latest news and rumors and writing them up. That’s not to say I’m all work and no fun, not at all. If my spare time allows it, I like to engage in some good old fashioned online carnage. If it’s an MMO with swords and lots of PvP, I’m most likely in it. Oh, and if you’re looking to pick a fight in Tekken or Mortal Kombat, I’ll be more than happy to assist! Connect with me by email markjudge (@) loadthegame.com only
@@MarkJudgeLTG
Previous Project Ara modules will be hot-swappable
Next BlackBerry to release one unconventional phone a year