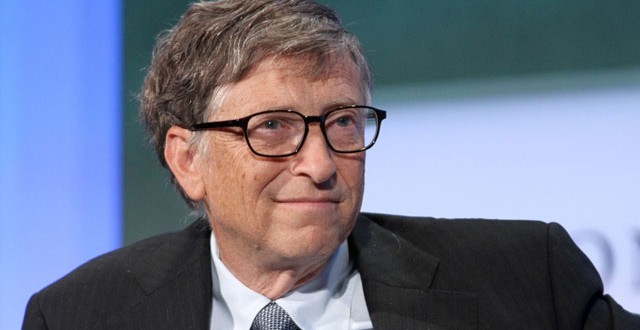 Bill Gates is now the richest American for 21 consecutive years

Earlier today, Forbes revealed its annual top 400 wealthiest Americans list. Microsoft co-founder and former CEO Bill Gates is still the richest man in America for the 21st consecutive year, with a fortune amounting a grand total of $81.2 billion. Coming in closely behind him at number two with of 67$ is Warren Buffett, another long-time billionaire that has been sitting at number two since 2001. Some other famous names featured on this list include Facebook CEO Mark Zuckerberg (11th place with $34 billion), Google CEO Larry Page (13th place with $31.5 billion), and the previous Microsoft CEO Steve Balmer (18th place with 22.4 billion).

Current CEO Satya Nadella is nowhere to be found on the list, but perhaps he will one day also make it as Microsoft is becoming more and more profitable with each passing year. The company’s shares rose considerably this year, which partially resulted in Bill Gates adding no less than $9 more billion to his name. It’s very interesting to note that Bill Gates still manages to keep his place as the richest American despite the fact that he donated a total of $30 billion to charity since 2000. That sum alone is more than Steve Balmer’s fortune and only a few billion short of what Mark Zuckerberg currently owns.

Aside from Microsoft, Bill Gates gets a constant revenue from several other companies he invested in over the years. These include the Canadian National Railway, thrash company Republic Services, tractor maker Deere & Co. and South American McDonald’s franchise Arcos Dorados. Needles to say, Bill Gates likes to invests in a wide variety of different companies and it looks like it’s still paying off big time. Combined, the 400 wealthiest Americans can account for the staggering amount of $2.29 trillion, $270 billion more than last year. As Forbes points out, this sum is about the same as Brazil’s total domestic product.

I’m Load The Game’s co-founder and community manager, and whenever I’m not answering questions on social media platforms, I spend my time digging up the latest news and rumors and writing them up. That’s not to say I’m all work and no fun, not at all. If my spare time allows it, I like to engage in some good old fashioned online carnage. If it’s an MMO with swords and lots of PvP, I’m most likely in it. Oh, and if you’re looking to pick a fight in Tekken or Mortal Kombat, I’ll be more than happy to assist! Connect with me by email markjudge (@) loadthegame.com only
@@MarkJudgeLTG
Previous Galaxy Grand Prime to be launched in India
Next Photoshop is coming to the Chromebook