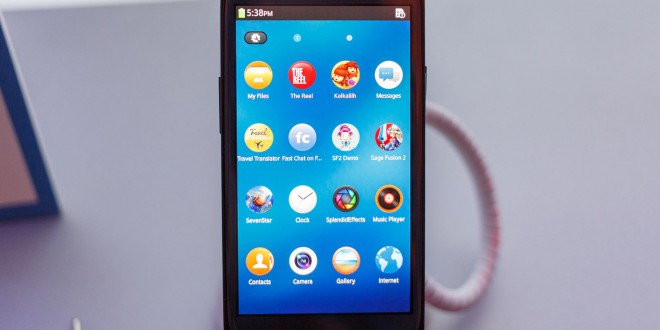 Tizen budget-friendly smartphone in the works

Tizen is Samsung’s own attempt at a mobile OS and currently you will be able to find it on the new Galaxy Gear S smartwatch which has G3 connectivity built-in. Tizen is aimed to be a competitor to Android, iOS and other underdog mobile OS platforms and it offers interesting features like dynamic boxes that can be resized, HTML5 and it is an open source platform. Tizen hasn’t been very popular, because the Tizen app store is just at its beginning.

Nonetheless, Samsung had been planning a Tizen phone launch in Russia for quite some time now, but it seems that the launch has been abandoned. The Samsung Z with Tizen launch date has been put off many times and it looks like the smartphone won’t be seeing daylight in Russia after all. Tizen has been said to follow in the same path, but recent information reveals that Samsung has decided to drop the high-end Samsung Z in favor of a budget-friendly Tizen smartphone aimed at emerging markets like India.

If you think about it, re-purposing Tizen for mid-range smartphones should be a smart call, since power users who would want to buy flagships like the Samsung Z would have an inherent need for apps, which the Tizen OS doesn’t have yet. Samsung is trying to optimize its app store with constant challenges and competitions aimed at developers, so there can be a future for the OS. Rumors say that a new Tizen smartphone is in the works and being prepared to compete with the likes of the Android One smartphone line.

The new Tizen smartphone will supposedly feature dual SIM support, FM radio and a 3.2 MP camera, but no further information on the smartphone has been unveiled yet. We don’t know whether Samsung will actually be able to compete with Android One smartphones, but if Tizen will be optimized for a mid-range smartphone aimed at entry-level users, along with a sub $100 price-tag, Samsung might have a shot.

Do you think Tizen is ready to be introduced to emerging markets like India? How do you feel about the wearable Tizen OS on various Samsung smartwatches? Do you think the Tizen OS and the Tizen smartphone have a future or will they be dust in the wind?

My life-long dream has been to test out every gadget on the market! Considering the fact that I've rapidly destroyed almost every gadget I've had so far, I'm not inclined to owning something, so my ideal outcome would be to have a different gadget each month. I'm really into smartphones, wearables and tablets and I love Playstation and Xbox, I'm sure I'll beat you at your own game (after a month of training... or two)
Previous Bungie confirms rumors about the leaked Destiny DLC
Next Driveclub gets new info on in-game features