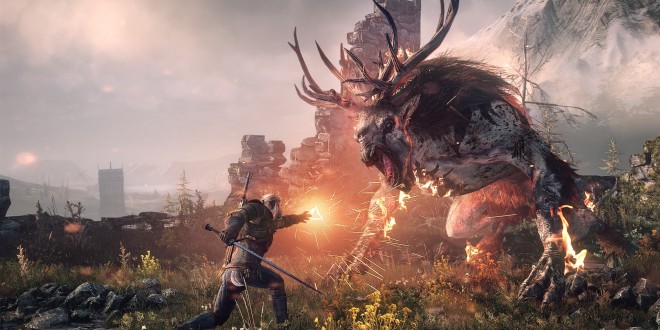 The Witcher 3: Wild Hunt won’t “assault” you with DLC

During a recent interview from this year’s EGX convention, developer CD Projekt RED has talked about its plans for The Witcher 3: Wild Hunt’s upcoming downloadable packages, in addition to once again asserting their stance against the digital rights management inclusion in video games.

“We don’t want to assault anyone”, said head of marketing and PR Michal Platkow-Gilewski. “Each time we are thinking about a decision, the first rule is we have to treat gamers like we’d like to be treated. We don’t believe in DRM because we hate DRM. It also doesn’t protect; not really. Games are cracked in minutes, hours, or days, but they’re always cracked. If you want to pirate, you’ll find a way. But if you’re a committed gamer and are buying the game, why should we place a barrier on you? Then, with DLC, it’s small content. Like one-thousandth of the whole game. Why should you charge for that? If it’s small, give it for free. I know it’s not always possible or easy, but this is what we want to give gamers; a little bit of love, which we’d like to get from other developers as gamers ourselves”.

The Witcher 3: Wild Hunt concludes the story of the witcher Geralt of Rivia, the series’ protagonist, whose story to date has been covered in the previous versions. Continuing from The Witcher 2: Assassins of Kings, the ones who sought to use Geralt are now gone. Our protagonist now seeks to embark on a new and personal mission, whilst the world-order itself is coming to a change. Geralt’s new mission comes in dark times, as the mysterious and otherworldly army known as the Wild Hunt invades the Northern Kingdoms, leaving only blood-soaked earth and fiery ruin in its wake; and (unfortunately for Geralt) it seems the Witcher is the key to stopping their cataclysmic rampage.

The Witcher 3: Wild Hunt launches on February 24th, on the PlayStation 4, Xbox One, and PC.

I’m Load The Game’s co-founder and community manager, and whenever I’m not answering questions on social media platforms, I spend my time digging up the latest news and rumors and writing them up. That’s not to say I’m all work and no fun, not at all. If my spare time allows it, I like to engage in some good old fashioned online carnage. If it’s an MMO with swords and lots of PvP, I’m most likely in it. Oh, and if you’re looking to pick a fight in Tekken or Mortal Kombat, I’ll be more than happy to assist! Connect with me by email markjudge (@) loadthegame.com only
@@MarkJudgeLTG
Previous Purchasing a virtual ticket for BlizzCon 2014 will earn you some neat in-game rewards
Next Project Ara modules will be hot-swappable