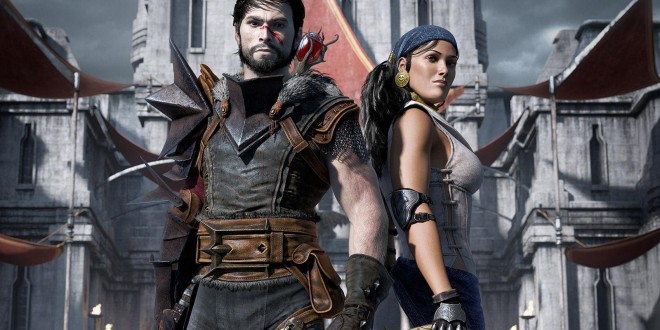 A new Dragon Age: Inquisition trailer, released today, showcases the game’s crafting and customization features. BioWare revealed that the game has several default appearances that you can choose from when you create your inquisitor. There are four races in the game: Dwarves, Elves, Humans and Qunari and three classes that you can choose from: Mages, Rogues and Warriors.

According to BioWare, in Dragon Age: Inquisition, class selection defines players’ combat style and their role in the party. While Mages are mainly spell users, Rogues are armed with bows and daggers and Warriors are close combat specialists. You can choose a class and a weapon load-out initially, and your character will evolve in time. Dragon Age: Inquisition has an alchemy system, which challenges players to plan ahead with individual gear for each party member. You can collect herbs and recipes and use them to craft items such as fire-resistant tonics or grenades.

Besides crafting items, you can also find them on fallen enemies, or you can purchase them from merchants or discover them throughout Dragon Age: Inquisition’s story. You can also collect schematics that will enable smiths to build you strong weapons that you can use yourself or you can equip to your companions. Certain rare materials will enable you to craft legendary weapons.

Dragon Age: Inquisition will be released on November 18 on PC, PlayStation 3, PlayStation 4, Xbox 360 and Xbox One. At the time of writing, the game, developed by Bioware and published by EA, can be pre-ordered. Players who choose to do this will receive the Flames of the Inquisition pack for free. The pack contains multi-class weapons, such as a staff, daggers, a greatsword and a warhammer. It also gives you a special Inquisitor Armor and an Armored Steed. The Standard Edition of Dragon Age: Inquisition can be acquired for € 59,99.

I'm a journalism graduate and an occasional gamer. As a kid I used to own a NES clone called "Terminator 2", which was hugely popular in my country. I like old school games and adventure games but I occasionaly play RPG's and Shooters as well, though I wouldn't call myself an expert at these kinds of games. When I'm not writing or playing games I prefer reading detective or fantasy novels.
Previous Heroes of the Storm designer reveals more details on Anub’arak
Next Nexus 6 was spotted in the wild again, this time on a bus