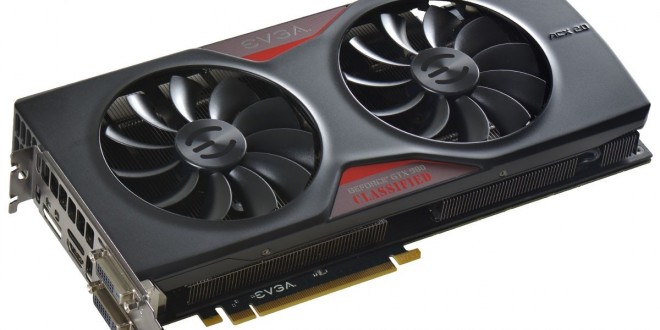 Nvidia started a big rumble on the graphics card market with the release of its new 900 Maxwell series. Recent rumors revealed the alleged specs of a new GM200 GPU that should be fitted on one of the future versions of the GTX 980, the 980 Ti or Titan Black II. As MSI is still waiting for a faster chip for their Lightning cards, EVGA has decided to give it a go and prepare two high-end Maxwell GPU releases: the GTX 980 Classified and GTX 980 Hydro Copper. As one of the most crafty card manufacturers out there, EVGA are intending to provide gamers two ultra high quality tools for their gaming rigs with refined designs featuring the latest ACX 2.0 Cooler, and a custom PCB (Printed Circuit Board) specially designed for overclocking enthusiasts.

Starting with the GTX 980 Classified, this graphics card is fitted with the same high density heatsink found on the GTX 780 Ti, but with quieter ACX 2.0 fans. Being a dual-slot type of card, the GTX 980 Classified will do great in a custom SLI setup. It will be also cooler than the GTX 780 Ti regardless of its high efficiency fans, as the new Maxwell GM204 GPU will produce a more reduced amount of heat. EVGA has given the GTX 980 Classified their in-house black and grey touch with red accents. Performance will certainly match this card’s looks, as its boost clock will be firing at over 1400Mhz, to be one of the fastest GTX 980 so far. However, EVGA is planning to make the GTX 980 Hydro Copper even faster. Take a look at the EVGA GTX 980 Classified specs, courtesy of wccftech.com, and make your own assessments:

EVGA did not have much to share on their liquid cooled high-end version of the GTX 980, the Hydro Copper. All they said is that they have bigger plans for this card, and it will feature sky high clock speeds. That sounds very promising. These two cards are expected to land on store shelves in two weeks time. We’ll see what we uncover in the meantime. 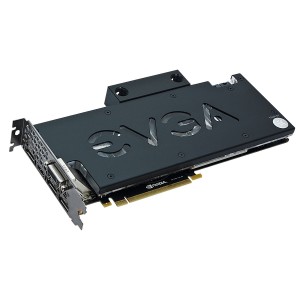 I'm Razvan, a sports and first-person shooter enthusiast. I've always loved writing, even more so when it involves games. When I'm not playing on my PS3 or writing, I like to run exhausting cardio workouts, play soccer, watch a good movie, or read a good book.
Previous NoScope Hydra and Orion Gaming Glasses Reviewed – A thorn in Gunnar’s side?
Next Nintendo UK set to hold Super Smash Bros 3DS National Tournament, players can register from October 3rd