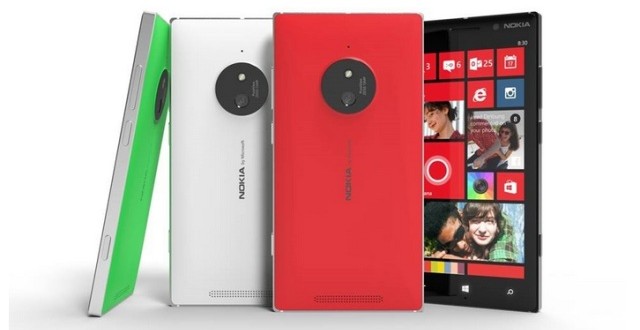 The Lumia 830 “affordable flagship” smartphone will go on sale later this week for the price of €330. The device was announced last month during the IFA Trade Show along with two other Lumia models, namely the Lumia 730 and the Lumia 735. Microsoft didn’t announce the US price or availability, but we’re bound to find out more in the coming days. The Lumia 830 is similar in design to its predecessor and many other handsets in the series so there’s no real innovation in regards to that particular aspect. However, the device is an improvement is many other ways and is also one of the thinnest smartphones around.

Hardware-wise, the Lumia 830 features a 5-inch LCD display complete with 720 x 1280 resolution, 294 pixel density and Corning Gorilla Glass 3 protection. Under the hood we can find a Qualcomm Snapdragon 400 quad-core processor running at 1.2 GHz, 1 GB of RAM, a 2,200 mAh battery and 16 GB of internal storage memory that can be further expanded up to 128 GB thanks to the microSD card slot. The Lumia 830 also comes equipped with a 1o MP PureView camera with Carl Zeiss optics and optical image stabilization. This will undoubtedly be one of the main selling points of the device, although the other specs aren’t anything to sneeze at either. Granted, there are much better smartphones out there, but this is meant to be a mid-range device so take it for what it is.

The Lumia 830 runs on the Windows Phone 8.1 operating system with the latest Lumia Denim update. You will be able to find the device in white, black, green and orange colors once it hits the shelves later this week. A specific launch date has not been given, but we’re already in the middle of the week as of this writing so it shouldn’t be long now. Stay tuned for more news and updates.

I’m Load The Game’s co-founder and community manager, and whenever I’m not answering questions on social media platforms, I spend my time digging up the latest news and rumors and writing them up. That’s not to say I’m all work and no fun, not at all. If my spare time allows it, I like to engage in some good old fashioned online carnage. If it’s an MMO with swords and lots of PvP, I’m most likely in it. Oh, and if you’re looking to pick a fight in Tekken or Mortal Kombat, I’ll be more than happy to assist! Connect with me by email markjudge (@) loadthegame.com only
@@MarkJudgeLTG
Previous PlayStation Plus October line-up announced
Next New Android L Lemon Meringue Pie build shows up