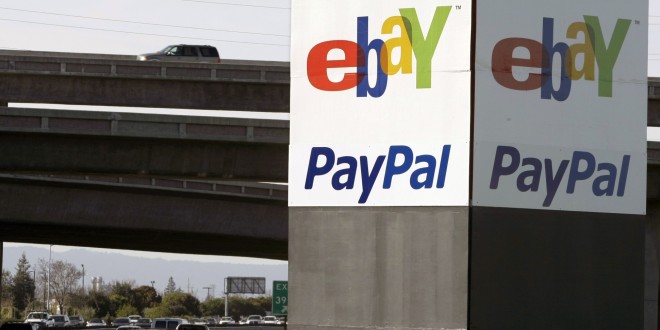 PayPal and eBay to end partnership in 2015

We have been used to PayPal working together with eBay for more than a decade, but it seems that the companies will be parting ways starting 2015. eBay has tried to reinforce the idea that PayPal will still be its payment platform this year, but it seems that the auction site will be separating from PayPal nonetheless. eBay hasn’t been in still waters lately, being pressured to separate its online payments service from its core business.

From the PayPal point of view, the split from eBay is not such a bad thing, still allowing the two branches to work together, but allowing PayPal to expand further by itself in order to compete with the likes of Apple Pay. According to eBay and PayPal, the separation will allow them to work together at arm’s length and customers won’t be impacted by the split. The main idea behind the split is to offer shareholders more targeted investment opportunities, either eBay or PayPal oriented ones.

eBay will also begin restructuring the company and the CEO and CFO will be stepping down and moving on to being board members. The new CEO of PayPal will be Dam Schulman, who is currently an executive at American Express, and will be taking up the position once the split is completed in 2015. The split would offer both PayPal and eBay the chance for separate growth and projects, improving the future of each, according to spokespersons.

We should expect to see new partnerships and agreements from both PayPal and eBay in 2015 and we’re curious what course each company will take with so much competition in their respective industries. Even though eBay and PayPal have “grown up” together and each has helped the other achieve market value and popularity, it seems that splitting the two into two separate entities could be the best alternative at the moment.

How do you think the separation of eBay and PayPal will impact the companies and the consumers? Do you think they will start growing even further? Which company do you think will be faster to accommodate to its new independent status?

My life-long dream has been to test out every gadget on the market! Considering the fact that I've rapidly destroyed almost every gadget I've had so far, I'm not inclined to owning something, so my ideal outcome would be to have a different gadget each month. I'm really into smartphones, wearables and tablets and I love Playstation and Xbox, I'm sure I'll beat you at your own game (after a month of training... or two)
Previous Alcatel Pop Mega comes with a companion phone
Next Here maps is coming to Android

As promised earlier this year, the Walt Disney World Resort will give visitors the option ...