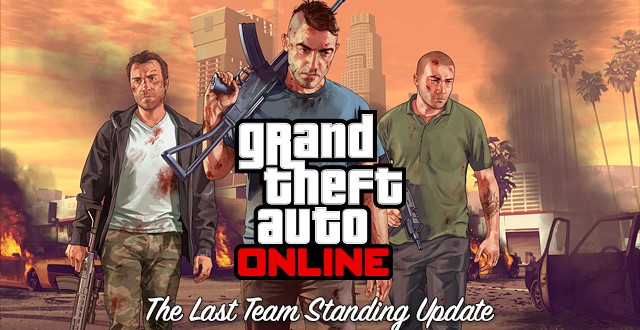 The Last Team Standing update out now for GTA online

Rockstar announced a few hours ago the release of the new Last Team Standing update on their official Newswire. In this new update, GTA Online players will be able to enjoy powerful weaponry, tactical gear, high performance vehicles and brand new Creator features. On top of that, 10 new Last Team Standing Jobs have been added to be carried out throughout Los Santos and Blaine County along with extra gameplay changes to enable a “greater range of game types and enhanced matchmaking.” Take your brand new top end Lampadati Furore GT for a ride at Ammu-Nation and check out two of the new heavy power weapons – the Heavy Shotgun which will come in handy when blasting your opponents from close distance, and the Marksman Rifle – a dead-accurate weapon to blow someone’s brains out from long range. 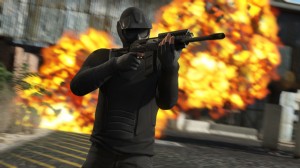 Your team of outlaws will now have new outfits to choose from including new masks, tops, bulletproof helmets and more. Two new bikes are also available to take a fast trip across the highway  – the Shitzu Hakuchou sport bike and the LCC Innovation chopper. The Last Team Standing Creator Mode will allow you to create original GTA Online Jobs, where teams will face one another with no chance to back down. Here are some of its new features: “This Creator update features a new option for building even more dynamic matches across other modes – with the ability to add Rounds to Captures and Last Team Standing Jobs. Or raise the stakes by adding rounds to Rockstar Created LTS, Captures and Versus Missions. And be sure to take advantage of the new Forced Weapon setting, allowing you to limit weapons for specific options like “Snipers-Only”.” 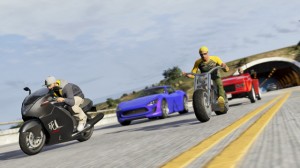 Rockstar also announced that they have globally synchronized the Job voting screens in order to be able to merge sessions and see players who have voted on the same job. This new feature combined with the on-call matchmaking will give players the possibility to find jobs that suit their tastes more easily, and team up with other “like-minded” players. Many more tweaks and changes have been made to GTA Online, as for example “the ability to now go on-call for activities like Arm-Wrestling, Darts or Golf or to quick match with your friends for those activities using the option in your phone, as well as an increase in the maximum bet limit from GTA$2,500 to GTA$10,000.” Another surprise prepared by Rockstar will be the Last Team Standing Event Weekend, which will be outlined later on today. For more detailed information on The Last Team Standing update, visit the Rockstar Newswire.

I'm Razvan, a sports and first-person shooter enthusiast. I've always loved writing, even more so when it involves games. When I'm not playing on my PS3 or writing, I like to run exhausting cardio workouts, play soccer, watch a good movie, or read a good book.
Previous Moto X (2014) vs Lumia 830 – Recently launched affordable flagships
Next Quan Chi revealed for Mortal Kombat X