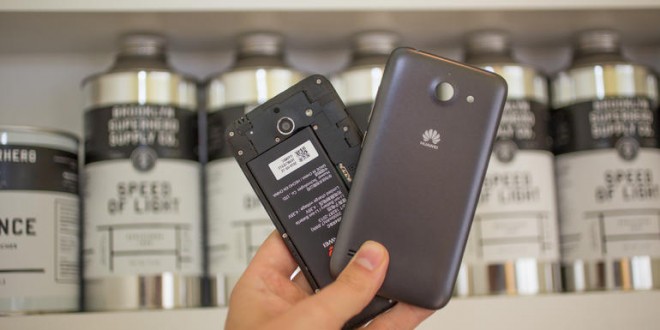 Huawei has announced that it will be launching it’s first 64 bit entry-level handset, running Android of course. 64 bit chipsets have been all the rage recently, with the HTC Desire 820 and Lenovo Vibe Z2 being the first ones to employ the configuration in mid-range smartphones. Huawei is now joining in and will launch a 64 bit entry-level smartphone dubbed the Ascend Y550 on October 15, in the U.K. 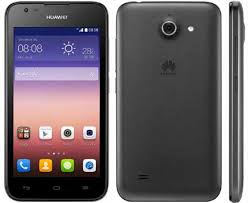 The entry-level Ascend Y550 will be a super affordable device UK customers will be able to purchase from October 15 for the equivalent of $160. The Ascend Y550 is powered by a Snapdragon 410, the company’s first 64 bit CPU. Other specs are modest, considering that the Ascend Y550 is an entry-level device aimed at first time smartphone users and casual users as well. The Ascend Y550 specs include 4G capabilities, 1 GB RAM, Adreno 306 GPU, 4 GB of expandable storage, a 5 MP main shooter and a 2 MP selfie camera. The Ascend Y550 sports a 4.5 inch display with a 480*854 resolution and 281 pixel density.

Even though the Ascend Y550 is not an impressive device, since it’s an entry-level phone, we can consider it a good investment which is also mostly future proof. It runs on Android 4.4.4 KitKat with Emotion UI overlaid and an optional Simple UI which will allow icon customization and simple interface use. We don’t know when the Ascend Y550 will hit U.S. markets and we can’t say how well such an entry-level device will fare with U.S. customers. The device does look a bit bulky with fairly large bezels, but it seems to have a soft touch back and LED flash accompanying the camera, so it can’t be that bad. It wouldn’t have hurt Huawei to put a higher resolution on the entry-level smartphone, though.

Even though it’s a pretty basic smartphone, the Ascend Y550 will probably support Android L when the time comes and its 64 bit configuration should pair well with Google’s new OS. Android L is set to launch sometime in October, probably on the 16th along with the Motorola Nexus 6 and maybe the HTC Nexus 9.

My life-long dream has been to test out every gadget on the market! Considering the fact that I've rapidly destroyed almost every gadget I've had so far, I'm not inclined to owning something, so my ideal outcome would be to have a different gadget each month. I'm really into smartphones, wearables and tablets and I love Playstation and Xbox, I'm sure I'll beat you at your own game (after a month of training... or two)
Previous Galaxy Note Edge and Galaxy Note 4 support MirrorLink
Next Update guide for Super Smash Bros on Nintendo 3DS