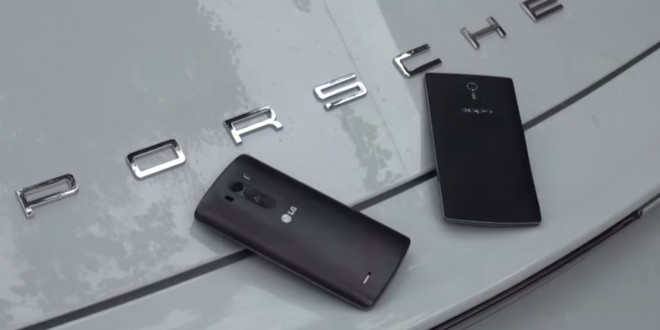 The LG G3 is one of the highly regarded Android smartphones of 2014, most praising its screen as well as its specs and camera features. The LG G3 specs rival those of flagships like the Samsung Galaxy S5, iPhone 6 and OnePlus One, but what many fail to mention is that there are other smartphones out there which offer the same amount of power. The Oppo Find 7 is one of these underdog flagships that can blow your mind. You shouldn’t forget behemoths like the Meizu MX4, Huawei Ascend Mate 7 and Xiaomi Mi4, either, all three of them being flagships that actually outdo many U.S. favorites at only a fraction of their price.

The LG G3 price and specs are among the best you can find, being a bit cheaper than the Samsung Galaxy S5, but just as powerful and even more stylish. The LG G3 will set you back about $600 off contract and its design looks splendid – from afar. The LG G3 design revolves around a metallic finish, but as soon as you lay your hands on the flagship, you will notice that it isn’t metal, just a good plastic imitation of it. Nonetheless, the LG G3 design is curved, with rounded edges and allows for easy wielding and a great feeling in your hand, even though it’s not metal. If you asked me, I wouldn’t have minded the plastic chassis, but I would have left the metallic finish out of the design equation.

The LG G3 measures 146.3 mm in height, 74.6 mm in width and 8.9 mm in thickness and it has thin bezels. The LG G3 weighs just under 150 grams and can be put in the average weight category of smartphones, with models like the iPhone 6  and Galaxy S5 Mini. The LG G3 doesn’t have capacitative buttons on the front like on previous models, LG choosing on-screen buttons. That’s a turn off for me, because I would rather have capacitative buttons than on-screen buttons, but that’s just me.

The Oppo Find 7 design features a plastic chassis with a few metal inserts in the frame and a slightly curved back and edges. The Oppo Find 7 measures 152.6 mm in height, 75 mm in width and 9.2 mm in thickness, and weighs a hefty 171 grams. Clearly, the LG G3 would be a more fashion-conscious choice, so to speak, because it is smaller, even though it has the same size screen as the Oppo Find 7, it’s a good deal lighter, a bit thinner and has less bezels to sport. The Oppo Find 7 almost looks like a 6 inch device compared to the LG G3, even though it only has a 5.5 inch IPS LCD screen with a 1440*2560 resolution and 534 ppi pixel density.

The LG G3 has the same 5.5 inch screen, but with a True HD-IPS + LCD display with a 1440*2560 resolution and the same 534 ppi pixel density. If you haven’t heard about the Oppo Find 7 until now, you might seem surprised that the LG G3 and Oppo Find 7 have the same resolution and pixel per inch count. There’s no noticeable difference between the two devices, with both the LG G3 display and the Oppo Find 7 one offering crisp, sharp, vivid and bright colors and great contrast ratios and average outdoor invisibility.

LG G3 specs encompass a quad core Snapdragon 801 CPU, Adreno 330 GPU, 2 GB RAM for the 16 GB storage configuration and 3 GB RAM for the 32 GB storage option, with a microSD card slot available in both versions. The Oppo Find 7 specs are mostly the same as the LG G3 ones, with the same Snapdragon 801, Adreno 330 and 3 GB RAM for the single 32 GB internal storage version, expandable via microSD. In our tests, we experienced a bit of strain on the part of the Oppo Find 7, especially when playing the latest Asphalt, but that doesn’t mean the phone is a slow performer. The Oppo Find 7 and LG G3 performance are equally high-end and you won’t see frequent crashes or lags in either phones.

The Oppo Find 7 comes with Android 4.3 Jelly Bean out of the box, but you can update that to Android 4.4 KitKat, while the LG G3 comes with Android 4.4 out of the box with small tweaks from LG on top. The OS experience on the LG G3 is a bit chaotic, with mixed up icon shapes. The Find 7 has Color OS on top of Android 4.4 and it’s a fun UI to work with, thanks to its simplicity and colorful interface. A neat feature you can find on the Oppo Find 7 is the LED notification light on the bottom of it, which glues with a blue hue that is actually quite stunning. Sadly, only blue light is available so far. Both the LG G3 and Oppo Find 7 have 3000 mAH batteries built in, so there won’t be a noticeable battery life difference, with both phones lasting well into the night on a single charge.

As for cameras, there isn’t much difference in the video and picture quality of either phone, but the LG G3 laser autofocus and optical image stabilization gives it the oomph you would like to see in a camera. The LG G3 camera is a 13 MP shooter, while the Oppo Find 7 has the same main shooter, but a 5 MP front camera which is better for selfies than the 2.1 MP front shooter of the LG G3. Dual-LED flash, geo-tagging, HDR, touch focus, panorama and face detection is featured on both flagships, so there’s not much to lose no matter which you choose.

In conclusion, we can definitely say that both phones are radically good and are the best phones each company has produced. The Oppo Find 7 and LG G3 currently retail for the same price, so you should base your decision on factors like optical image stabilization among camera features, size and weight, notification light and UI. As usual, we can’t state a winner, because both flagships are exceptional, so you will have to make up your mind – which features do you like most?

My life-long dream has been to test out every gadget on the market! Considering the fact that I've rapidly destroyed almost every gadget I've had so far, I'm not inclined to owning something, so my ideal outcome would be to have a different gadget each month. I'm really into smartphones, wearables and tablets and I love Playstation and Xbox, I'm sure I'll beat you at your own game (after a month of training... or two)
Previous Konami announced their IgroMir line-up
Next TellTale announced the release date of The Walking Dead on next-gen consoles