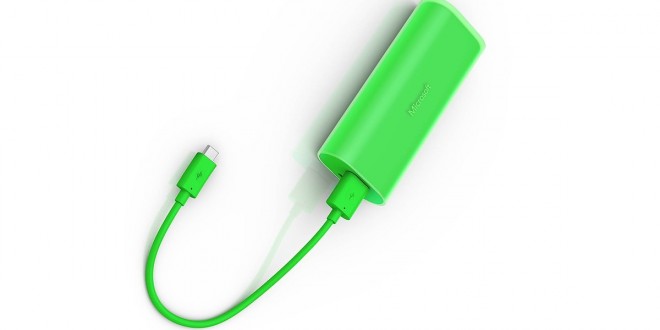 Microsoft is mostly known for the Windows operating system, especially for the new Windows 10 OS which had a technical preview released just yesterday and for its recent Nokia acquisition. Microsoft is planning big things for the future, and besides announcing that it would drop the Nokia and Windows names from its phones, announcing a new Microsoft Surface Mini tablet, the recent Xbox One release, Microsoft adapter and more, the company is launching a new portable charger that sets out to impress. 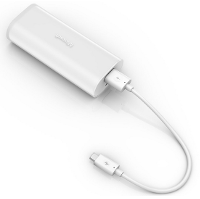 The charger will set you back $49 and you can get it in white, orange and green and it will be available by Halloween, the latest. Even though there are a lot of portable and universal chargers out there, few of them can manage a 6 month stand-by time, so this would be a great deal for those of you who might not use it as often but will always find themselves in unexpected situations when it will come in handy. Like me. I could use the Microsoft Portable Power right now, as a matter of fact, because out of the two chargers that I owned for my phone, I just noticed both of them were chewed up by cats.

My life-long dream has been to test out every gadget on the market! Considering the fact that I've rapidly destroyed almost every gadget I've had so far, I'm not inclined to owning something, so my ideal outcome would be to have a different gadget each month. I'm really into smartphones, wearables and tablets and I love Playstation and Xbox, I'm sure I'll beat you at your own game (after a month of training... or two)
Previous webOS coming to smartwatches
Next Vertu Aster is a cheaper luxury smartphone