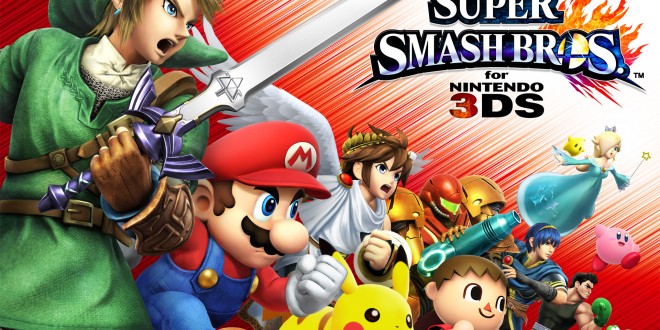 Super Smash Bros for Nintendo 3DS will be officially released today and it has already unleashed madness on many big city streets. In Manhattan, fans have lined up in a three blocks long queue to get their hands on a fresh copy of Super Smash Bros for Nintendo 3DS. With this new highly anticipated release, Nintendo of America has made available starting with yesterday, October 2nd, new update data for Super Smash Bros 3DS to be downloaded from the Nintendo eShop. Nintendo’s official support site is giving players step by step instructions for installing this update. Nintendo’s advice: “Players will be required to download this update prior to using the software’s online multiplayer features. Because of this, we strongly recommend that all Super Smash Bros. players download and install this update data.”

Here are the step by step instructions for installing the update for Super Smash Bros on Nintendo 3DS:

Super Smash Bros for Nintendo 3DS is the game that everyone craves at the moment, as it is now a member of the distinguished franchise that has been offering Nintendo fans so many hours of entertainment and lots of memories. We’ll be hearing a lot from this game in the following months as a lot of additional content has already been announced along with more upcoming goodies. For more information on this update, visit Nintendo of America official support site. And check out the launch trailer below:

I'm Razvan, a sports and first-person shooter enthusiast. I've always loved writing, even more so when it involves games. When I'm not playing on my PS3 or writing, I like to run exhausting cardio workouts, play soccer, watch a good movie, or read a good book.
Previous Entry-level 64 bit Android phone from Huawei
Next There’s a reason why Middle-earth Shadow of Mordor doesn’t use the Lord of the Rings name