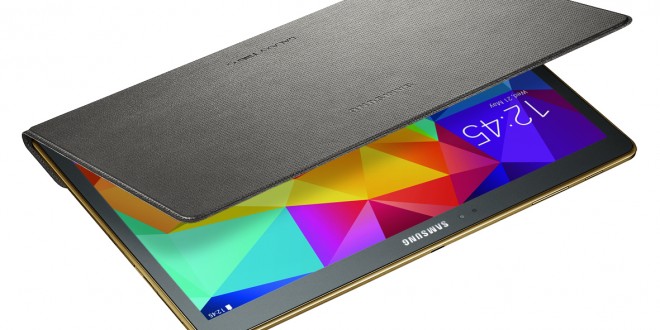 The Galaxy Tab S line was introduced in June 2014 and many claim that the Galaxy Tab S 8.4 is one of the best compact devices you can get, after the iPad Air and the Asus Transformer Book T100. Even though Samsung’s Galaxy Tab S line enjoyed pretty good success, many reviewers said that the Exynos 5420 octa core processor could have done better.

Users started experiencing processing speed issues on the Galaxy Tab S and most of them blamed the Exynos 5420 CPU for their problems. Many were expecting the Galaxy Tab S line process at top speeds even when performing intensive tasks, but it seems that a fair amount of users were left a bit disappointed. In response to the complaints, Samsung might be launching a new Galaxy Tab S tablet with a more powerful Exynos 5433 octa core processor.

It seems that a Galaxy Tab S sporting an octa Exynos 5 5433 CPU will be launched this month in South Korea, with wide availability scheduled by the holidays, according to rumors. You can find the Exynos 5433 chipset in variants of the Galaxy Note 4 and the CPU is said to be top-notch with great benchmarking scores. The new Galaxy Tab S, model number SM-T8058 will supposedly sport the same 1600*2560 resolution Super AMOLED display and the same specs as the previous Galaxy Tab S editions, save for the CPU configuration.

There will supposedly be three different variants of the Galaxy Tab S, model numbers SM-T8058, SM0T805K and SM-T805L, all of them supposedly sporting 10.5 inch displays. There hasn’t been confirmation on whether Samsung will be releasing just the 10.5 inch version Galaxy Tab S or an 8.4 inch version as well. All of this should be taken with a grain of salt and we should no more by the time the new Galaxy Tab S hits the South Korean market.

My life-long dream has been to test out every gadget on the market! Considering the fact that I've rapidly destroyed almost every gadget I've had so far, I'm not inclined to owning something, so my ideal outcome would be to have a different gadget each month. I'm really into smartphones, wearables and tablets and I love Playstation and Xbox, I'm sure I'll beat you at your own game (after a month of training... or two)
Previous HTC One M8 Eye specs, camera, price and release date
Next Cyanogen won’t be bought by Google