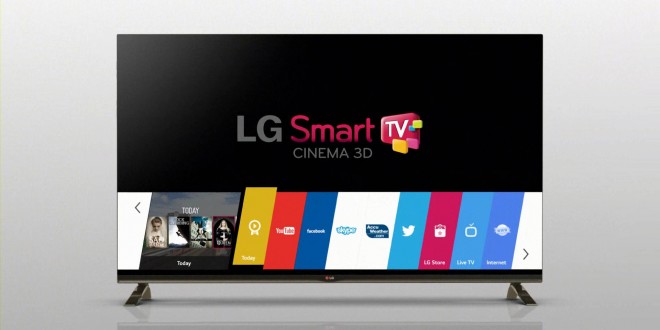 LG has decided to try and bring back webOS once more, after many others like HP and Palm have failed to popularize the alternative mobile OS. So far, webOS can be found on LG smart TVs, but the company is thinking about bringing the new OS to wearable devices like smartwatches.

So far, Android Wear has been the go-to OS when it comes to smartwatcownhes, with LG itself using the OS on various LG G watches, including its latest LG G Watch R, not to mention other units like the Moto 360. With LG announcing that it would be taking webOS back, there comes the obvious inferring: LG is planning new smartwatches. The company said that webOS will be coming to new smartwatches they will be manufacturing, so seeing webOS implemented in the G Watch R is excluded.

A webOS development kit for  a smartwatch has been spotted online, sponsored by LG, but the website hosting the webOS offer has since been taken down, we wonder why. If LG were to use webOS in its future smartwatches, it probably won’t rival Android Wear just yet, but it will certainly become a good rival to Samsung’s Tizen OS, which is also on the rise. Samsung is actually planning a mid-range Tizen smartphone, so keep an eye out for that.

LG’s smart TVs already make use of webOS and people are saying it’s got quite the nice UI and features, but we are yet to see how webOS will be tweaked for square, rectangle or even round shaped smartwatches. We don’t know how much popularity webOS could gain, but LG would have a pretty good shot at it if it would release a re-designed round smartwatch that could by-pass the bezel issue on the LG G Watch R and be more like the Moto 360 without the little black bar at the bottom. In any case, webOS for wearables seems to be in the making, so we are curious to see what LG has planned for us wearable enthusiasts.

My life-long dream has been to test out every gadget on the market! Considering the fact that I've rapidly destroyed almost every gadget I've had so far, I'm not inclined to owning something, so my ideal outcome would be to have a different gadget each month. I'm really into smartphones, wearables and tablets and I love Playstation and Xbox, I'm sure I'll beat you at your own game (after a month of training... or two)
Previous TellTale announced the release date of The Walking Dead on next-gen consoles
Next Microsoft portable charger packs a punch