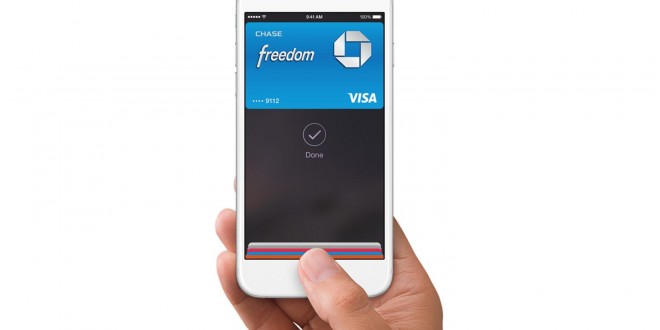 IOS 8 came along with the new iPhone 6 and iPhone 6+. From the start it was lacking many features such as support for HealthKit apps and other bugs. Their 8.0.1 update was a catastrophe, luckily they quickly launched the 8.0.2. It corrected issues within 8.0.0 and 8.0.1. Nonetheless it still doesn’t provide the full set of functions marketed by Apple.

The new version of the operating software will be launched on the 20th of October. The IOS 8.1 will feature ApplePay. You will be able to pay trough NFC with your iPhone 6 or iPhone 6+. With the Apple Watch launching early next year, you might be able to pay with your watch. But ApplePay is about more than NFC payments, you will be able to pay online. You will be able to use the service on your iPad and older iPhone models as well, with IOS 8.1. Effectively, it might replace PayPal for some users. This is a huge feature for Apple users and it might rock the boat for PayPal. eBay is set to end its partnership with PayPal in 2015, but there’s no sure option as to where it will go. Google Wallet would be a great option alongside ApplePay.

The Payment will be authenticated by the TouchID function. Basically you will be paying with your fingerprint, no signatures, no more pin codes. The service will use your current credit card to make the payments. There’s no word out on any commissions and fees. It’s safe to assume that a percentage of your purchases will go to Apple, but this is the case with most payment methods. You might not see the fees yourself, it might be the seller paying, as it is with PayPal and using Google Wallet to purchase items. Nevertheless, it will revolutionize the way Apple users pay for their purchases.

I’m Load The Game’s co-founder and community manager, and whenever I’m not answering questions on social media platforms, I spend my time digging up the latest news and rumors and writing them up. That’s not to say I’m all work and no fun, not at all. If my spare time allows it, I like to engage in some good old fashioned online carnage. If it’s an MMO with swords and lots of PvP, I’m most likely in it. Oh, and if you’re looking to pick a fight in Tekken or Mortal Kombat, I’ll be more than happy to assist! Connect with me by email markjudge (@) loadthegame.com only
@@MarkJudgeLTG
Previous Tesla Model D – the affordable luxury electric car
Next Sonxy Xperia Z3 vs Moto X 2014 – which one fits you best