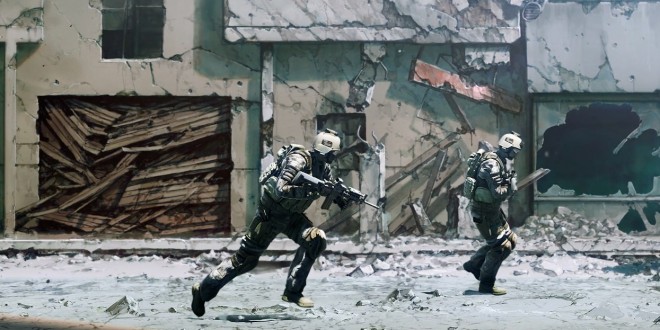 This War of Mine System Requirements revealed

The craft of war-themed titles has reached a point where real life armed combat is depicted incredibly thorough and simulated to perfection in well-established armed assault shooters such as Call of Duty, Medal of Honor and the long list of titles behind them. 11 Bit Studios is bringing a new breed of war to our PCs, with their upcoming This War of Mine. Developers are building a different type of war-based game, a dark survival in which the player will control a group of citizens in a besieged city, and will experience the pain of war through the eyes of the ordinary man rather than those of a well-equipped soldier programmed to kill.

This War of Mine is a game of ultimate survival in the most adverse scenarios, where the player will have to take care of his characters to ensure they will build efficient weapons, and salvage resources and food in order to stay alive. This is not a game of high tech weaponry, or highly sophisticated tactical combat, but rather a game of camaraderie and genuine human struggle. To engage in this real life war you will need a pretty good rig, although not a high end one. 11 Bit published a list of minimum and recommended PC system requirements, which indicate that a relatively old configuration should get the job done. Here are the specs:

This War of Mine Minimum System Requirements

This War of Mine Recommended System Requirements

As you can see, the game does not require an incredibly powerful hardware to perform smoothly. Perhaps the discrepancy between the minimum and recommended requirements might be considered pretty high, but there is no reason to sound the alarm. Hardcore gamers should not have a problem with the graphics requirements or amount of RAM, as a GTX 260 or Radeon HD 5770 at 1GB of VRAM along with 4GB of RAM is reasonable to be honest. The most demanding specs category seems to be that of the CPU core. Intel Quad Q6700 at 2.4Ghz, or AMD Phenom 940 at 3.0Ghz are quite high, but not unreachable with a medium gaming budget. Check out one of the latest gameplay trailers:

I'm Razvan, a sports and first-person shooter enthusiast. I've always loved writing, even more so when it involves games. When I'm not playing on my PS3 or writing, I like to run exhausting cardio workouts, play soccer, watch a good movie, or read a good book.
Previous Metal Gear Solid V: Ground Zeroes PC release date announced
Next The Crew has been delayed, but there’s a “good reason” for that according to Ubisoft