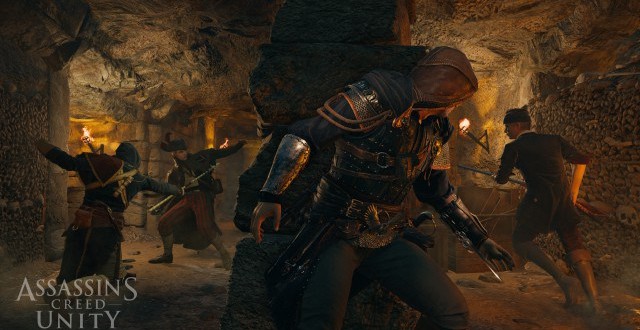 Ubisoft recently announced that Assassin’s Creed Unity will be running at 900p resolution on both the PS4 and Xbox One in order to “avoid all the debates.” Now it seems like the publisher had a change of heart and the game could go beyond 900p after all. An Ubisoft spokesperson confirmed that the game was indeed running at the said resolution when it was showcased during last week’s preview event, but the final specs “aren’t cemented yet.” While this statement serves to give us hope that Assassin’s Creed Unity might end up reaching 1080p, we still don’t know if this applies to both the PS4 and the Xbox One version of the game.

“We understand how Senior Producer Vincent Pontbriand’s quotes have been misinterpreted,”Ubisoft told Kotaku.”To set the record straight, we did not lower the specs for Assassin’s Creed Unity to account for any one system over the other. Assassin’s Creed Unity has been engineered from the ground up for next-generation consoles. At no point did we decide to reduce the ambitions of any SKU. All benefited from the full dedication of all of our available optimization resources to help them reach the level of quality we have today with the core Assassin’s Creed Unity experience.”

I’m Load The Game’s co-founder and community manager, and whenever I’m not answering questions on social media platforms, I spend my time digging up the latest news and rumors and writing them up. That’s not to say I’m all work and no fun, not at all. If my spare time allows it, I like to engage in some good old fashioned online carnage. If it’s an MMO with swords and lots of PvP, I’m most likely in it. Oh, and if you’re looking to pick a fight in Tekken or Mortal Kombat, I’ll be more than happy to assist! Connect with me by email markjudge (@) loadthegame.com only
@@MarkJudgeLTG
Previous OnePlus One update rolls out today
Next Kyocera Duo Smartwatch concept teased at CEATEC