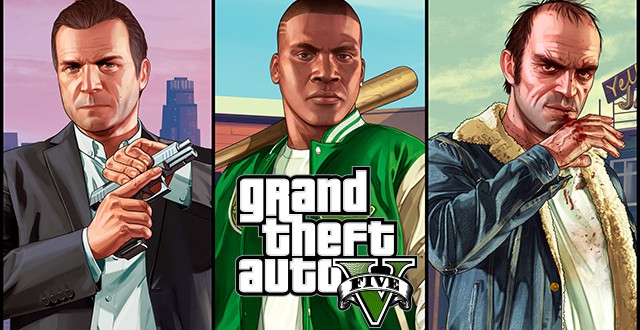 Better make sure you have enough disk space if you plan on playing GTA 5 on the PS4 as the game reportedly requires no less than 50GB. The news comes to us courtesy of a PSN listing that was posted on the GTA 5 forums. This isn’t the first game that asks for such a large amount of disk space, but there are few others that can make that claim nevertheless. A couple of examples include The Last of Us: Remastered (also about 50GB) and Wolfenstein: The New Order (about 48GB). The listing also mentions that the PS4 version of the game will have motion control features that require a PlayStation Move or a Wireless Controller. There are no addition details in regards to these features at the moment.

Last but not least, the PSN listing reveals that there will be a nice surprise for anyone interested in pre-ordering GTA 5 for the PS4. The surprise consists of $300.000 bonus virtual currency to be used in GTA Online. Rockstar already announced that those who pre-order the game on any platform will receive a $1.000.000 bonus, but this particular deal is only available for the PS4 version. However, you will have to pre-order GTA 5 until November 3rd in order to benefit from the offer as it expires the following day. There is no news on whether or not the Xbox One and PC versions will also feature something similar. Speaking of which ,we don’t know how much disk space you’ll need if you plan on downloading the game on these platforms, but we assume it will also be around 50GB.

Just like Rockstar previously announced, GTA 5 will launch this Fall, on November 18th to be more precise. However, only the PS4 and Xbox One versions will release on that day as the PC version was delayed until January 27th, 2015.

I’m Load The Game’s co-founder and community manager, and whenever I’m not answering questions on social media platforms, I spend my time digging up the latest news and rumors and writing them up. That’s not to say I’m all work and no fun, not at all. If my spare time allows it, I like to engage in some good old fashioned online carnage. If it’s an MMO with swords and lots of PvP, I’m most likely in it. Oh, and if you’re looking to pick a fight in Tekken or Mortal Kombat, I’ll be more than happy to assist! Connect with me by email markjudge (@) loadthegame.com only
@@MarkJudgeLTG
Previous Grid Autosport will be featuring Oculus Rift support
Next Moto 360 vs LG G Watch R