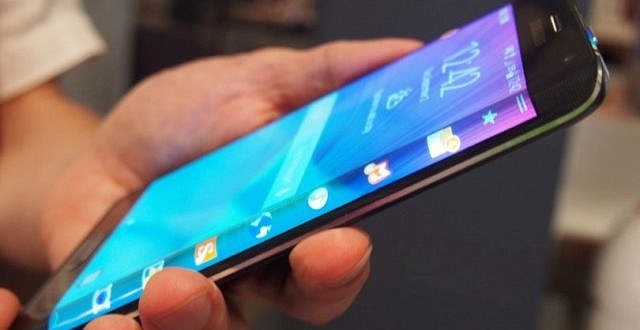 The Samsung Galaxy Note Edge comes equipped with a 5.6-inch Super AMOLED display complete with 1600 x 2560 resolution, 524 pixel density and Corning Gorilla Glass 3 protection. An interesting feature that makes it different from the Samsung Galaxy Note 4 is the curved edge display that gives users access to apps, notifications and more. Hardware-wise, the Samsung Galaxy Note Edge features a Qualcomm Snapdragon 805 quad-core processor clocked at 2.7 GHz, 3 GB of RAM, 16 MP primary camera and 3,000 mAh battery. Storage options include 32 GB and 64 GB, with the possibility of expanding it by up to 128 GB via microSD card.

Pricing for Japan has not been announced yet, but potential customers should be prepared to pay a small fortune as the Samsung Galaxy Note Edge is considered a premium device and thus quite expensive. The device can be pre-ordered for £650 in the UK and €999 in Germany. We’ll let you know as soon as we learn any more details. Stay tuned for all the latest news and updates.

I’m Load The Game’s co-founder and community manager, and whenever I’m not answering questions on social media platforms, I spend my time digging up the latest news and rumors and writing them up. That’s not to say I’m all work and no fun, not at all. If my spare time allows it, I like to engage in some good old fashioned online carnage. If it’s an MMO with swords and lots of PvP, I’m most likely in it. Oh, and if you’re looking to pick a fight in Tekken or Mortal Kombat, I’ll be more than happy to assist! Connect with me by email markjudge (@) loadthegame.com only
@@MarkJudgeLTG
Previous LG G Watch R release date and price for Europe announced
Next Alien: Isolation pre-order DLC codes don’t work for some PS4 users