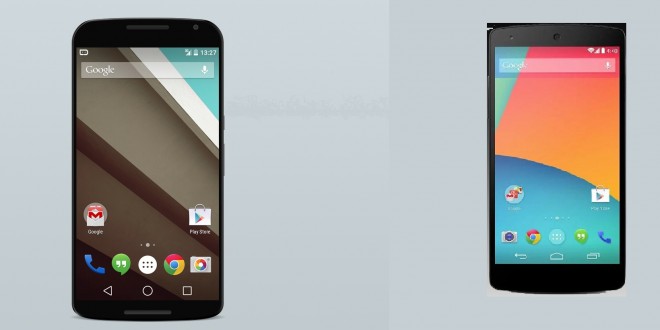 The Nexus 6 release date is closing in, expected to take place on October 15th, venue unknown yet. With all the hype around the new Motorola and Google endeavor into the smartphone market, we are thinking about what the Nexus 6 will change in comparison to the Nexus 5 and so far, we are inclined to say everything. Recent leaks of the Nexus 6 show a device that is strikingly similar to the Moto X 2014 which has almost nothing in common with the LG Nexus 5 handset released around this time in 2013. 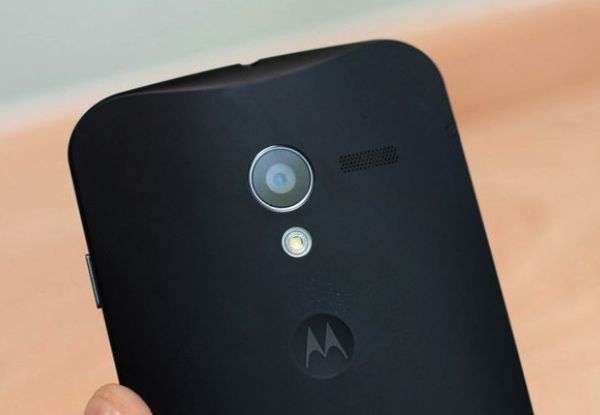 The Google Nexus project aims to bring stock Android phones to people who want affordable, yet durable and powerful devices in their pocket. The Nexus 6 might not be all that, considering the fact that it’s going to sport a massive 5.9 inch display, which compared to the 4.95 inch display on the Nexus 5 is humongous. Unless you wear baggy pants with really big pockets, the Nexus 6 will probably find its place in a purse or a fanny-pack better. While the Nexus 6 display will be a QHD display with a 498 ppi, the Nexus 5 sports a not-so-bad True HD IPS+ display with a 1080*1920 resolution and 445 ppi pixel density. 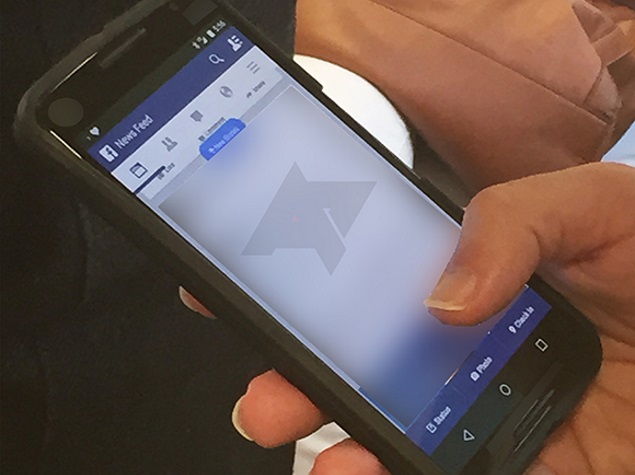 Although the Nexus 6 display is pretty awesome, Motorola is known for its great screens and the Nexus 6 should be the most impressive device to come from the company. The design of the Nexus 6 couldn’t be more different from the LG Nexus 5, because it has an ergonomic design with a curved back and reachable buttons, while the Nexus 5 has a flat back and overall design, with a bit more bezels than the Nexus 6 will supposedly have. One of the biggest differences, however, will be the OS out of the box. The Nexus 5 comes with Android 4.4 KitKat but the Nexus 6 will be launched in tandem with Android 5.0 L Lemon Meringue Pie. We have already seen videos of the Nexus 5 running Android L, so if you’re a Nexus 5 owner and want the Android L experience, rest assured as it will surely be coming your way.

The Nexus 6 will sport a Snapdragon 805 CPU backed by 3 GB RAM and 32 GB internal storage and Adreno 420 GPU. A 13 MP rear camera with optical image stabilization and a ring-flash, and a 2.1 MP front camera will be featured on the Nexus 6, which would mean a significant upgrade compared to the 8 MP rear and 1.3 MP front cam on the Nexus 5. Camera performance on the Nexus 5 has been only satisfactory, with not-so-good low-light shooting and overexposed shots creeping in occasionally. We hope the Nexus 6 manages to pack a better and more powerful camera which will perform at least as good as cameras on the HTC One M8, Galaxy S5 or LG G3. A 3200 mAH battery is expected to power the Nexus 6, which is a lot bigger than the 2300 mAH battery of the Nexus 5. 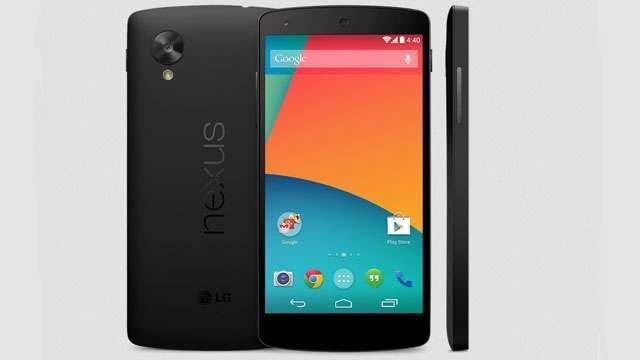 It’s a bit disappointing to learn that there will be no 64-bit support on the Nexus 6, but these specs haven’t been confirmed yet, so they are obviously subject to change and we hope they will. The Nexus 5 comes equipped with a Snapdragon 800 CPU, backed by 2 GB RAM and available in 16 and 32 GB storage versions. We would have like to see a microSD card slot on the Nexus 6, as we missed it on the Nexus 5, but so far, that doesn’t seem very likely. 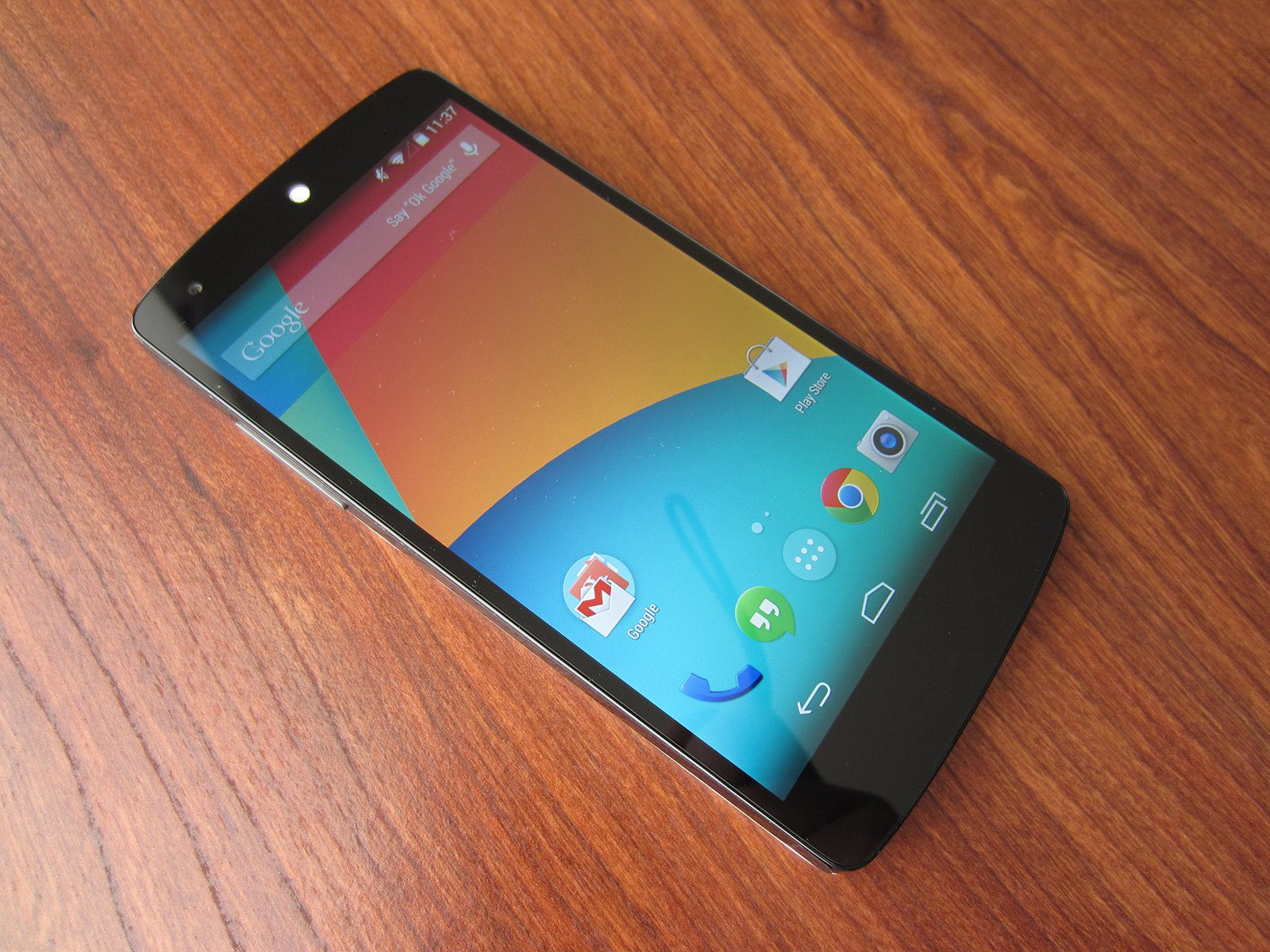 The Nexus 6 will probably retail for the same price as the Nexus 5, since Google will probably want to offer people an affordable flagship that can rival the competition. That means that you will probably be able to buy the Nexus 6 for around or even sub $400, which would be a great deal for the specs listed and the phablet-sized display. So far, these are the only significant differences we can identify at the moment, and keep in mind that there are mostly specs based on leaks, not confirmed data from Google or Motorola. We might see this Nexus 6 launch on October 15, but there also exists a possibility that Google introduced a totally different device. We’ll just have to wait and see.

My life-long dream has been to test out every gadget on the market! Considering the fact that I've rapidly destroyed almost every gadget I've had so far, I'm not inclined to owning something, so my ideal outcome would be to have a different gadget each month. I'm really into smartphones, wearables and tablets and I love Playstation and Xbox, I'm sure I'll beat you at your own game (after a month of training... or two)
Previous Graywalkers: Purgatory – demo updates and Raffle giveaway detailed
Next Diablo 3: Ultimate Evil Edition Patch released for PS4 and Xbox One