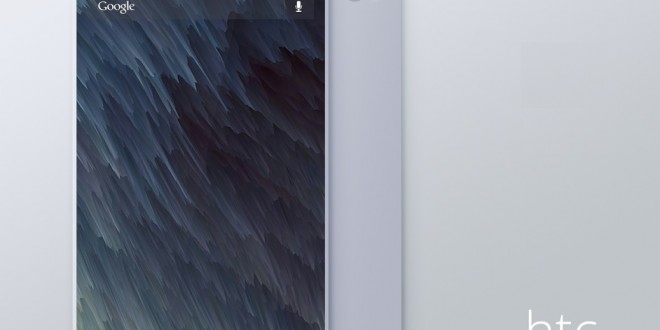 Yesterday’s Double Exposure event hosted by HTC brought us the HTC Desire Eye and the HTC Re camera, but the company also managed to sneak in an announcement about the Nexus 9 after the event. According to HTC, the Nexus 9 tablet will be the company’s attempt to re-enter the tablet market after 3 years of absence. Although we were sure that a Nexus 9 is in development thanks to various leaks, including one from an Nvidia legal document mentioning the Nexus 9, an official confirmation from HTC is reassuring.

The Nexus 9 tablet is one of the most anticipated HTC products of the year and it seems that the tablet will arrive on October 16th at a press conference in New York. Although HTC hasn’t confirmed the date of the Nexus 9 release event, we are fairly sure that October 16 is a suitable approximation. Google will also launch a Nexus 6 device made by Motorola, supposedly on October 15, along with Android L Lemon Meringue Pie.

Nvidia has spilled the beans about the Nexus 9 processor being an Nvidia Tegra K1 monster CPU, with 64 bit configuration. The Nexus 9 specs that have been rumored on the internet include 3 GB RAM, 16 and 32 GB internal storage variants, 8 MP rear camera and 3 MP front camera. The Nexus 9 will come as an 8.9 inch compact tablet (2048*1440 resolution) with an aluminium zero-gap construction and a soft-touch polycarbonate back cover. Android L Lemon Meringue Pie will definitely be the OS on the Nexus 9 and should make for a speedy tablet, considering that the Nexus 9 has a 64 bit configuration and Android L 5.0 is supposed to be optimized for that.

The Nexus 9, as well as the HTC Desire Eye and HTC Re camera are an attempt for the company to get back in the saddle after sales plummeted this year and overall revenue of the company has decreased substantially. Even though HTC makes high quality smartphones, it seems that isn’t enough to keep the company afloat with all the competition from the iPhone 6, iPhone 6 Plus, Samsung Galaxy S5, Galaxy Note and Galaxy Alpha, as well as the LG G3 and underdogs like the OnePlus One and Oppo Find 7. The Nexus 9, developed in conjunction with Google, will be a high-end device which should create a better market share for HTC on the tablet front.

While the Nexus 9 will be the first 64 bit Android L tablet in the world, it should also be a turning point for HTC, execs emphasizing the need for a re-imagined company.  The Nexus 9 should come with a pretty average $400 price tag and should cater to power users and Android enthusiasts. Even though some say that the Nexus 9 will run like a PC, we doubt that that could be done without a Windows 8.1 OS that offers full desktop integration. Nonetheless, we don’t yet know what kind of new features Android 5.0 will bring to the Nexus 9, so we might be surprised. In any case, mark October 16 in your calendars.

In other news from HTC, the company decided to open up about the HTC smartwatch it is supposedly developing. HTC said that the smartwatch exists and will be made soon, but we shouldn’t get our hopes up for an early release. The HTC smartwatch should be launched sometime in early 2015, maybe to rival the Apple Watch. The Apple Watch release date should be set for sometime in February 2015, although there might be some manufacturing issues plaguing Apple at the moment. Jason Mackenzies, HTC America President said that the HTC smartwatch wasn’t ready for a release and that they plan to launch a perfect wearable so that it would be a truly desirable device. The HTC smartwatch will run Android Wear and the company said that it will “get it right”, since nobody has so far, in its opinion.

My life-long dream has been to test out every gadget on the market! Considering the fact that I've rapidly destroyed almost every gadget I've had so far, I'm not inclined to owning something, so my ideal outcome would be to have a different gadget each month. I'm really into smartphones, wearables and tablets and I love Playstation and Xbox, I'm sure I'll beat you at your own game (after a month of training... or two)
Previous Grid Autosport PC version gets patched up this week
Next Alien: Isolation benchmarked on Radeon HD 6670