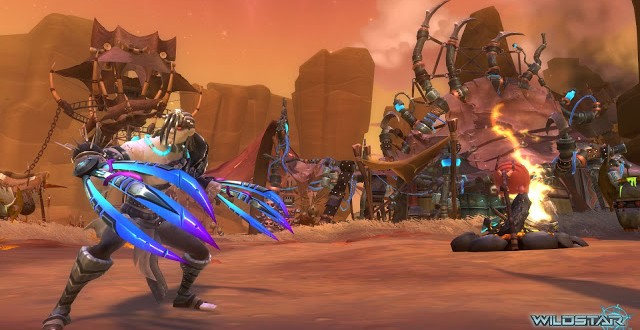 We reported a few days ago that Wildstar developer Carbine Studios decided to cancel the Halloween and Christmas events so they can focus on more content updates. Earlier today, the developer went into more details regarding the new content included into the next major update. According to Carbine, this will be the biggest Wildstar update to date and will feature the next two chapters of content, “Mystery of the Genesis Prime” and “Journey to OMNIcore-1”. The former adds a new level 50 area called The Defile where you will have to battle The Strain in order to uncover the secrets of Drusera. Meanwhile, OMNIcore-1 introduces players to the Nexus Saga and adds a plethora of new content for players of all levels. Aside from new content, Carbine also talked about the new features and improvements coming to Wildstar with the next update.

Last but not least, Carbine Studios is also adding new lore to Wildstar in the form of new datacubes, quests and collectibles. In addition, OMNIcore-1 will feature fully voiced NPCs to make the story easier to sink in and there will also be new cinematic scenes to feast your eyes upon. Add to all of that the usual assortment of tweaks and bug fixes and we’ll likely be looking at the best Wildstar update so far.

I’m Load The Game’s co-founder and community manager, and whenever I’m not answering questions on social media platforms, I spend my time digging up the latest news and rumors and writing them up. That’s not to say I’m all work and no fun, not at all. If my spare time allows it, I like to engage in some good old fashioned online carnage. If it’s an MMO with swords and lots of PvP, I’m most likely in it. Oh, and if you’re looking to pick a fight in Tekken or Mortal Kombat, I’ll be more than happy to assist! Connect with me by email markjudge (@) loadthegame.com only
@@MarkJudgeLTG
Previous The Oppo N3 will have three color variations
Next The Samsung Galaxy Note 4 is now available contract-free on Amazon