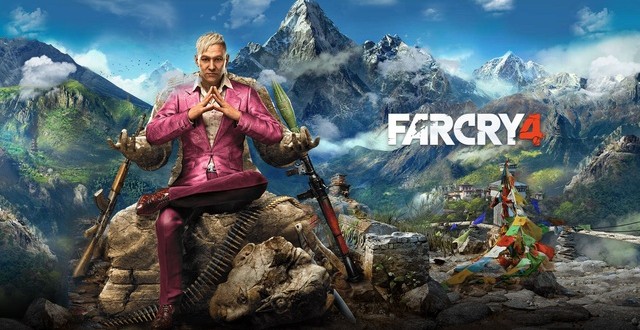 “If I had to choose a song that I made, that’s appropriate with Far Cry 4, I guess it would be “Crawl”, from my album”, Childish Gambino says. He motivates that the song is his most “weirdly political” work and that it fits with the tone of the game. The album he’s talking about is called “Because the Internet”. It was released in December 2013, and, as of last month, it sold over 320.000 copies in the United States.

It’s up to you to decide whether the song really fits the trailer or now, but, as you can see in the video above, the editor did his best to fit the scenes from the game with Childish Gambino’s music. The trailer shows us several locations from the game, as well as how the new Far Cry instalment plays. Basically, the mechanics are similar to those from the previous Far Cry titles. In the trailer you can see the player controlled character attacking enemies with melee weapons, a bow and arrows, a shotgun and even a rocket launcher. The video also showcases an elephant attack, or, to be exact, how the animals tear down a gate and attack the enemies. Bottom line, this gameplay trailer packs a lot of explosion and stunts (including stealing a briefcase from a plane and then shooting it down while parachuting away from it) to make any gamer curious.

Many people who saw this video reacted by criticising Ubisoft’s choice of music. The opinions are split, but most viewers tend to dislike the usage of Childish Gambino’s song in the trailer. You can leave your own opinion in the comments if you feel like it.

Far Cry 4 will be released in November 18, 2014, on PC, PlayStation 3, PlayStation 4, Xbox 360 and Xbox One. Many gamers dislike the fact that Ubisoft chose to release this game on last-gen platforms as well, arguing that it doesn’t look next-gen. However, the publisher previously stated that they intend every Far Cry fan to be able to play the game, which is why they won’t limit the release to the newer consoles.

I'm a journalism graduate and an occasional gamer. As a kid I used to own a NES clone called "Terminator 2", which was hugely popular in my country. I like old school games and adventure games but I occasionaly play RPG's and Shooters as well, though I wouldn't call myself an expert at these kinds of games. When I'm not writing or playing games I prefer reading detective or fantasy novels.
Previous HTC One M8 Eye is China-exclusive
Next Sleeping Dogs Definitive Edition – new launch trailer and screens