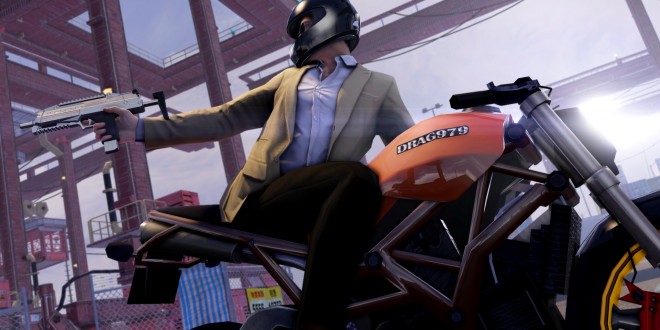 To celebrate the recent launch of Sleeping Dogs Definitive Edition, developer United Front Games and publisher Square Enix have released a launch trailer and a few new screenshots. The game is now available in Europe and other PAL territories, while American gamers will get it on October 14th. Sleeping Dogs Definitive Edition is available on the PlayStation 4, Xbox One, and PC.

Below you’ll find all major enhancements of Sleeping Dogs Definitive Edition, in addition to said screenshots.

Sleeping Dogs Definitive Edition is set in a fictionalized version of Hong Kong, China. The game tells the story of Wei Shen (Will Yun Lee), a San Francisco police officer, who was transferred to the Hong Kong Police Force and tasked with infiltrating and destroying the Sun On Yee Triad organization. There are two sub-plots contained within the main story line. The first is Shen’s personal struggle between completing his mission as a police officer and having to commit crimes to prove his worth to the Triad, while the other involves completing missions assigned by a Triad lieutenant, including assassination of Triad members loyal to other lieutenants.

During development, United Front staff visited Hong Kong to conduct extensive field research for the visual environments and sound. Upon its release in 2012, the game garnered very positive reviews, particularly for its combat, voice acting, experience system, and depiction of the city, but was criticized for its graphics, camera, and animations. The game sold over 1.5 million copies worldwide within a year.

I’m Load The Game’s co-founder and community manager, and whenever I’m not answering questions on social media platforms, I spend my time digging up the latest news and rumors and writing them up. That’s not to say I’m all work and no fun, not at all. If my spare time allows it, I like to engage in some good old fashioned online carnage. If it’s an MMO with swords and lots of PvP, I’m most likely in it. Oh, and if you’re looking to pick a fight in Tekken or Mortal Kombat, I’ll be more than happy to assist! Connect with me by email markjudge (@) loadthegame.com only
@@MarkJudgeLTG
Previous New Far Cry 4 gameplay trailer is a collaboration with Childish Gambino
Next Far Cry 4’s latest trailer presents us the Lowlands

Thanks to the Final Fantasy 7 Remake that released in April, the beloved RPG from ...