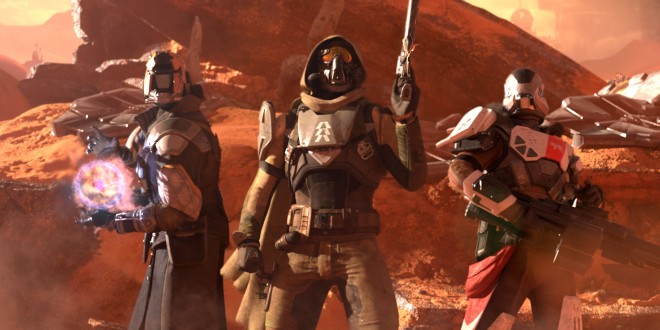 We have now passed the one month mark since Bungie released its high profile open world FPS, and Destiny does not cease to spit out some amazing figures. David “Deej” Dague revealed on Bungie.net that 3.2 million players are logging in every day to play Destiny. This amazing figure is topped by an average playtime for each player of around 3 hours a day, 7 days a week, while players run the game on their consoles 1.8 times a day.”Over the past three weeks, we’ve had more players online in Destiny than we did during the same span for Halo 3 and Halo: Reach, combined,” the post reads. Here are the official stats:

You might remember that the Iron Banner event, a multiplayer Crucible playlist, kicked off last week, and so far things have not been unfolding the way Bungie initially said they would. Originally designed to favor players with higher level cap and more potent weapons over the lower level players with a weaker arsenal, it seems that the Iron Banner did not tip the balance so drastically in the advantage of the stronger. Reports of level cap 30 players taken down by other far lower level players have turned out to be true and confirmed by Bungie.

Bungie staff allegedly stated that they had to shift the balance to some extent in order to make the Iron Banner a little bit more fun. The players’ level cap still plays a role, but a more insignificant one than it was originally thought. Bungie senior designer, Derek Carroll said the following “Your skill will take you 80% of the way to victory, but that last 20% will be a much harder climb without the gear you’ve been relying on.” So far, Destiny was equally praised and criticized, but the numbers around this title continue to be off the charts.

I'm Razvan, a sports and first-person shooter enthusiast. I've always loved writing, even more so when it involves games. When I'm not playing on my PS3 or writing, I like to run exhausting cardio workouts, play soccer, watch a good movie, or read a good book.
Previous iPhone 6 launches in 36 more countries this month including China and India
Next Assassin’s Creed Rogue’s story-trailer reveals its PC version