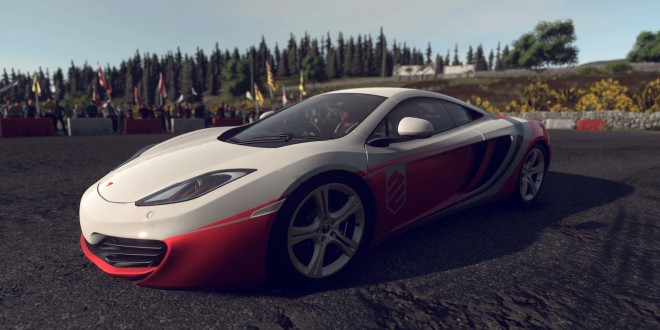 Evolution Studios’ social racer received an update in the course of this weekend, which included a series of fixes aiming to improve some of Driveclub’s post launch issues. One of the game’s major problems was the increased server load, addressed in this 1.03 update with the introduction of several game-side fixes. Unfortunately, Driveclub servers are still not firing on all cylinders as some online features remain unavailable for the time being. Evolution Studios released a statement on Facebook to give players further details regarding current online issues:

“We are working hard to get everyone online as soon as possible. We have just released another server update that has increased the number of players racing which is good news, but in order to keep building on these numbers we will be running further updates in the coming days that will affect availability of some of the online game features.” Challenges and social updates will be offline, but clubs, leaderboards, online multiplayer races, the single-player mode, custom solo events and car customization are still available. “We appreciate this isn’t ideal but this is really the best way for us to improve server performance and online play for everybody, and we will be switching on these features as further progress is made,” developers followed.

Driveclub game director, Paul Rustchynsky shared via his Twitter account some more details regarding the ongoing server issues, stating they are working “flat-out” to fix online problems. Server code bugs have been identified as the main cause for these issues. Also, the promised Photo Mode is ready to go, but with no release date for now. Hopefully, these problems will be sorted out eventually, and this PS4 star racer will be able to carry on with no major faults in the following period. The 1.03 update is highlighted below:

I'm Razvan, a sports and first-person shooter enthusiast. I've always loved writing, even more so when it involves games. When I'm not playing on my PS3 or writing, I like to run exhausting cardio workouts, play soccer, watch a good movie, or read a good book.
Previous Meizu MX4 Pro price, release date, specs leaked
Next Carl Zeiss VR One headset up for pre-order