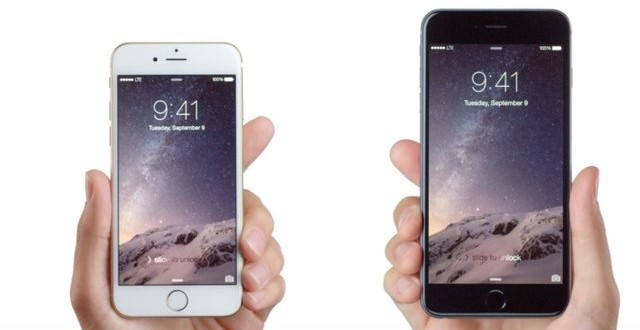 The iPhone 6 and iPhone 6 Plus are already available in a number of countries, but Apple has announced earlier today that many more are underway. 36 more to be precise. The devices will arrive in all these countries by the end of the month and will start rolling out first in China, India and Monaco this Friday, October 17th.  Then, on Ocotber 23rd the handsets will also arrive in Israel while on October 24th they will make their way to the Czech Republic, French West Indies, Greenland, Malta, Poland, Reunion Island and South Africa. Bahrain and Kuwait will see the iPhone 6 and iPhone 6 Plus on October 30th, just before the massive rollout that’s scheduled to take place the following day.

The October 31st rollout will include 23 more countries: Albania, Bosnia, Croatia, Estonia, Greece, Guam, Hungary, Iceland, Kosovo, Latvia, Lithuania, Macau, Macedonia, Mexico, Moldova, Montenegro, Serbia, South Korea, Romania, Slovakia, Slovenia, Ukraine and Thailand. Apple says that by the end of Ocotber the iPhone 6 and iPhone 6 Plus will be available in a total of 69 countries and  by the end of the year the number will grow to 115. Unsurprisingly, this will be the fastest iPhone rollout in Apple’s history and the company is certainly very proud of that fact.  The devices are already available in the following countries: US, Australia, Austria, Belgium, Canada, Denmark, Finland, France, Germany, Hong Kong, Ireland, Isle of Man, Italy, Japan, Liechtenstein, Luxembourg, Netherlands, New Zealand, Norway, Portugal, Puerto Rico, Qatar, Russia, Saudi Arabia, Singapore, Spain, Sweden, Switzerland, Taiwan, Turkey, United Arab Emirates, the UK and the US Virgin Islands.

I’m Load The Game’s co-founder and community manager, and whenever I’m not answering questions on social media platforms, I spend my time digging up the latest news and rumors and writing them up. That’s not to say I’m all work and no fun, not at all. If my spare time allows it, I like to engage in some good old fashioned online carnage. If it’s an MMO with swords and lots of PvP, I’m most likely in it. Oh, and if you’re looking to pick a fight in Tekken or Mortal Kombat, I’ll be more than happy to assist! Connect with me by email markjudge (@) loadthegame.com only
@@MarkJudgeLTG
Previous iPhone 6 ripoff from Lenovo in the works
Next Destiny averages over 3 million players daily