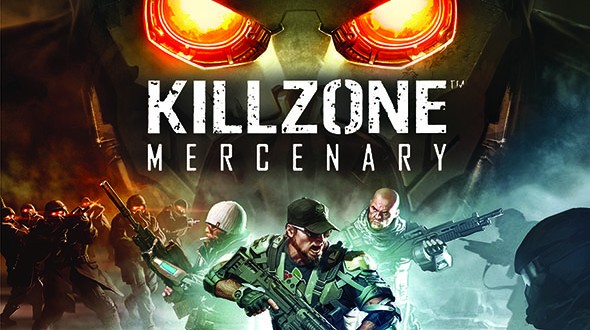 The PlayStation Vita exclusive Killzone Mercenary is getting a new update, which will bring PlayStation TV support to the game, among other features. The respective update is now available for everyone who owns the game.

According to the developer, Guerilla Cambridge, work on the PlayStation TV compatibility began right after the mini-console was first announced. As of now, update 1.11 is available in all regions and it brings Killzone Mercenary to the big screen for the first time. The developer states that the game looks ‘fantastic’ played on a TV screen and that they have reworked the controls, adding DualShock compatibility and improving the old touch mechanics in order to maximize players’ experience. Guerilla Cambridge has also worked to balance the game so that, when PlayStation Vita users play Killzone Mercenary online with gamers that are using PlayStation TV, neither will have an unfair advantage.

Additionaly, Guerilla implemented a certain feature that fans have requested for a while: a restart-from-checkpoint system. Long story short, if you play the campaign, you can save your progress mid-mission and continue playing Killzone Mercenary from there if you die or if you have to stop playing at the time for some reason.

Killzone Mercenary is a first person shooter game, developed by Guerilla Cambridge, a subdivision of the main Killzone series developer, Guerilla Games. Published by Sony, the game came out in September 2013. The game takes place throughout key events and locations from the three original installments. Critics praised the game for its controls and visuals, while pointing out that its story and campaign was too short. Killzone is a PlayStation exclusive franchise, which began in November 2004, when the original Killzone was released on PlayStation 2. The latest installment, Killzone: Shadow Fall, which came out in November 15, 2013, was one of the launch titles for PlayStation 4. All the games in the series are first person shooters, except for the PlayStation Portable title Killzone Liberation, which can be experienced from a third person perspective.

I'm a journalism graduate and an occasional gamer. As a kid I used to own a NES clone called "Terminator 2", which was hugely popular in my country. I like old school games and adventure games but I occasionaly play RPG's and Shooters as well, though I wouldn't call myself an expert at these kinds of games. When I'm not writing or playing games I prefer reading detective or fantasy novels.
Previous Titanfall Xbox 360 is now available for the cheap price of $5
Next Windows 10 has already been tested by 1 million people