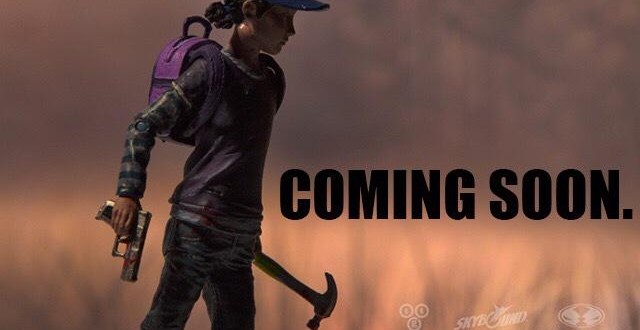 Telltale Games, Skybound and McFarlane Toys announced today, at the Walking Dead New York Comic Con panel, that, due to high demand from the public, a Clementine action figure will soon be released.

The action figure resembling the central character of Telltale Games’ Walking Dead game series was shown off in several pictures, such as the one below. The figure is equipped with a pistol and a hammer. Clem also carries a backpack and wears her trademark hat. 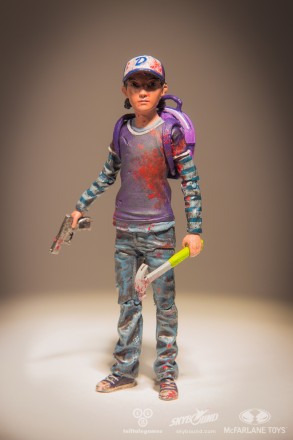 The Walking Dead is an episodic games series developed by Telltale Games. Its first season debuted on April 24th, 2012, on PC, PlayStation 3 and Xbox 360 and concluded on November 21st, the same year. Next-gen versions of all the five episodes are coming out on October 14, 2014. In July 2013, Telltale released a DLC for The Walking Dead, titled 400 Days, which tied in the events from season one with those from the upcoming season. The second set of episodes, also known as season two, came out from December 17, 2013 to August 26, 2014. The major difference between the two seasons is the change of protagonists from Lee Everett to the girl he rescued from her Walker babysitter, Clementine. Season 2 left us with an open ending, or rather five open endings, based on the choices made by each player. This means Telltale is going to have a lot of work to do in order to incorporate all five storylines in the upcoming third season, which was confirmed earlier this year, at the San Diego Comic Con, and which will be released some time next year.

I'm a journalism graduate and an occasional gamer. As a kid I used to own a NES clone called "Terminator 2", which was hugely popular in my country. I like old school games and adventure games but I occasionaly play RPG's and Shooters as well, though I wouldn't call myself an expert at these kinds of games. When I'm not writing or playing games I prefer reading detective or fantasy novels.
Previous Is Android L going to be Licorice?
Next Flight attendants want the FAA to reinstate the ban on electronics 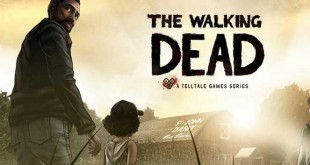 While Telltale has ventured into a number of big-name IPs in the last couple years ...