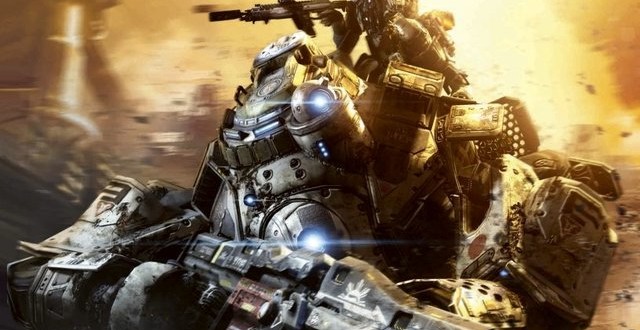 If you still don’t own Titanfall, now would be a perfect time to rectify that mistake as Respawn’s highly acclaimed sci-fi shooter is currently dirt cheap. How cheap? Try $5 cheap and not a cent less. Well, actually it’s $4.99 but anyway. There doesn’t seem to be a catch at first glace, although only the Xbox 360 version of the game is listed as such on the Microsoft Store. The Xbox One version of Titanfall is currently priced at $49.99 while the PC version costs $39.99. There is quite a big difference in terms of price between all platforms for some reason. In any case, if you’re interested in buying a copy of Titanfall on the Xbox 360 for the ridiculously cheap price of 5 buck you can do so from here.

However, as of this writing, the game seems to be out of stock so you will have to wait until it becomes available again. Also, this deal only seems to be available in the US for the time being. Not much else to talk about really unless you want a quick description to refresh your memory in regards to what Titanfall is all about. If that’s the case, here you go: “From one of the co-creators of Call of Duty and other key developers behind the Call of Duty franchise, the entirely multiplayer Titanfall is set in a distant frontier torn apart by war. You have the freedom to switch between fighting as an elite assault pilot or an agile, heavily armored, 24-foot-tall Titan. The game drops you into a conflict between the Interstellar Manufacturing Corporation (IMC) and the Militia that juxtaposes small vs. giant, natural vs. industrial, and man vs. machine.”

Titanfall was released back in March for Xbox 360, Xbox One and the PC. Stay tuned as we bring you all the latest news and updates.

I’m Load The Game’s co-founder and community manager, and whenever I’m not answering questions on social media platforms, I spend my time digging up the latest news and rumors and writing them up. That’s not to say I’m all work and no fun, not at all. If my spare time allows it, I like to engage in some good old fashioned online carnage. If it’s an MMO with swords and lots of PvP, I’m most likely in it. Oh, and if you’re looking to pick a fight in Tekken or Mortal Kombat, I’ll be more than happy to assist! Connect with me by email markjudge (@) loadthegame.com only
@@MarkJudgeLTG
Previous Assassin’s Creed Rogue’s story-trailer reveals its PC version
Next Killzone Mercenary update adds PS TV support

Grand Theft Auto V was awarded Most Expected Game, pre-release, and ranked second on the ...