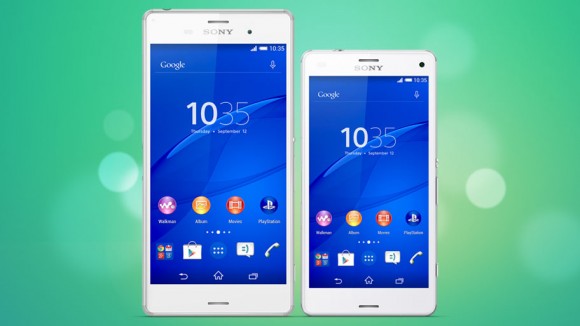 Xperia Z3 and Xperia Z3 Compact now in the U.S.

Many of you were furious after the Demand Great event Sony hosted last week in New York, because the company failed to announce the T-Mobile Xperia Z3 as well as the Xperia Z3 Compact, which seemed to be the more interesting device for you guys. While the Demand Great event did announce the Verizon exclusive Sony Xperia Z3 featuring wireless charging and Remote Play, there was no mention about the Xperia Z3 Compact or a T-Mobile Xperia Z3. Fear no more, because the devices are coming (or are already here) to the U.S.A.

The Sony Xperia Z3 will be officially launched at T-Mobile on October 29, but customers will be able to pre-order the handset starting October 15 with the added advantage of getting their hands on the handset before the official October 29 national launch date. The Xperia Z3 and Xperia Z3 compact sport Snapdragon 801 CPUs clocked at 2.5 GHz with Adreno 330 GPUs adjoined. The Xperia Z3 has a 5.2 inch IPS LCD screen with a 1080*1920 resolution, while the Xperia Z3 Compact has a 4.6 inch IPS LCD screen with a 720*1280 resolution. The Xperia Z3 has 3 GB RAM and either 16 or 32 GB storage, while the Z3 Compact has 2 GB RAM and 16 GB storage available, both endowed with microSD card slots if you want to expand that space.

The camera setup on the Xperia Z3 and  Z3 Compact is identical, with 20.7 MP rear cameras and 2.2 MP front shooters. The Xperia Z3 Compact is a bit lighter, but thicker than its big brother. It also has a smaller battery, measuring 2600 mAH, compared to the 3100 mAH battery on the Z3. The Xperia Z3 has been called the smartphone with the best battery life you can find on the market, being able to last two full days of mixed use, which is no small feat for a phablet-bordering smartphone. Which newly launched Xperia Z3 will you be getting your hands on?

My life-long dream has been to test out every gadget on the market! Considering the fact that I've rapidly destroyed almost every gadget I've had so far, I'm not inclined to owning something, so my ideal outcome would be to have a different gadget each month. I'm really into smartphones, wearables and tablets and I love Playstation and Xbox, I'm sure I'll beat you at your own game (after a month of training... or two)
Previous Developer estimates release date for Gran Turismo 7
Next Apple Watch vs Asus ZenWatch