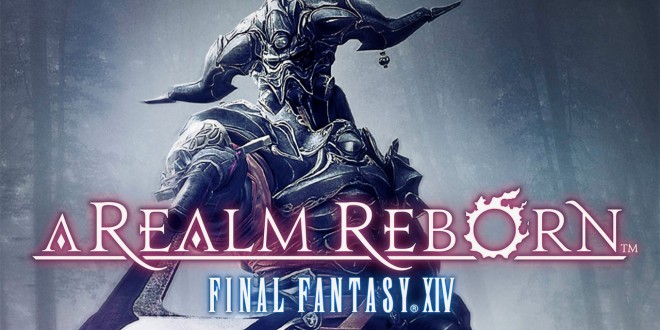 Square Enix announced that Final Fantasy XIV: A Realm Reborn Game of the Year will be be released on November 14 and that it will arrive exclusively on PC.

The Final Fatansy XIV: A Realm Reborn Game of the Year edition will contain several extras, such as a printed Book of Diamonds Grimoire Box, five art cards and 90 days game time (meaning that you won’t have to pay anything else to play during this period). The pack contains the full game, including all the updates released so far: A Realm Awoken, Through Maelstrom and Defenders of Eorzea. The promotional image also shows that the Final Fantasy XIV: A Realm Reborn Game of the Year bundle will contain the upcoming Dreams of Ice update, thus giving players a release date – at least on PC. 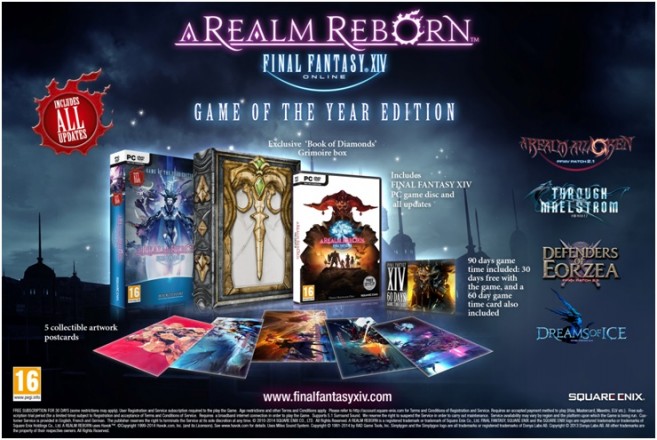 Final Fantasy XIV: A Realm Reborn is a massively multiplayer online role-playing game, available on PlayStation 3, PlayStation 4 and PC. It was developed by Square Enix and released on August 27, 2013. For those who don’t know, A Realm Reborn is actually the second version of Final Fantasy XIV that was released. The original game, released in September 2010, was so bad and the critics bashed it in such a manner, that the Square Enix boss, Yoichi Wada, decided to hand the project to a new team. The team, led by Naoki Yoshida, was supposed to both generate content for the original game and develop a brand new game in which all the criticized elements were addressed. As opposed to the original, Final Fantasy XIV: A Realm Reborn was built using a new engine and features improved servers, revamped gameplay and interface and a new story.

Meanwhile, Square Enix is also preparing the next Final Fantasy franchise entry, titled Final Fantasy XV. The new game will be action RPG and it will be released on PlayStation 4 and Xbox One. According to the developer, this upcoming game is different from the previous titles in the series, as it provides a darker atmosphere and focuses on more realistic human characters than before.

I'm a journalism graduate and an occasional gamer. As a kid I used to own a NES clone called "Terminator 2", which was hugely popular in my country. I like old school games and adventure games but I occasionaly play RPG's and Shooters as well, though I wouldn't call myself an expert at these kinds of games. When I'm not writing or playing games I prefer reading detective or fantasy novels.
Previous Apple Watch vs Asus ZenWatch
Next 343 Industries boss ends speculations regarding the Halo 5 protagonist