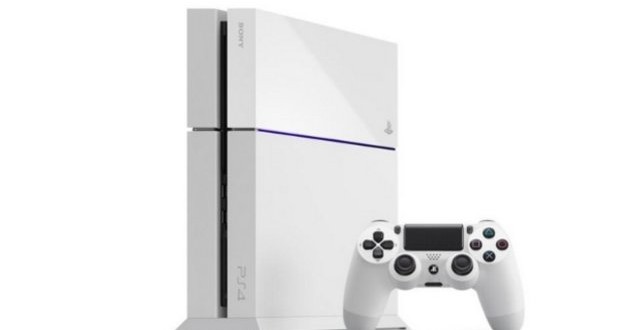 Standalone white PS4 console will soon be available to purchase

The highly anticipated Glacier White PS4 console will soon be available to purchase standalone. The console was first unveiled back at E3 2014 when Sony announced that it will be part of a special Destiny bundle alongside a matching DualShock 4 controller. The standalone white PS4 was spotted on Amazon UK a few days ago, but Sony only confirmed earlier today that the listing is accurate. The console will be available in the UK starting this Friday, October 17th for the price of £351.86, according to Amazon UK. Sony announced that the recommended retail price is £349 so we expect that Amazon will shave off a couple of pounds off their price in the near future.

Interestingly enough, you can already get the white PS4 now if you buy it bundled with Driveclub. Even more interesting is that the bundle only costs £350. In any case, the standalone PS4 is also expected to arrive in Europe at some point in the near future. The console will presumably also go on sale in Europe this Friday for  €399, but Sony only confirmed the price and not the date so we’ll have to wait for another announcement to be certain. There is no news regarding a possible release for North America as Sony Computer Entertainment only mentioned Europe and the UK so far.

You can purchase a Glacier White PS4 in the US right now, but only if you grab the special Destiny bundle priced at $450. The bundle includes a white PS4 console, a white DualShock 4 controller, a copy of Destiny for the PS4 and a 30-day trial membership for PlayStation Plus.

I’m Load The Game’s co-founder and community manager, and whenever I’m not answering questions on social media platforms, I spend my time digging up the latest news and rumors and writing them up. That’s not to say I’m all work and no fun, not at all. If my spare time allows it, I like to engage in some good old fashioned online carnage. If it’s an MMO with swords and lots of PvP, I’m most likely in it. Oh, and if you’re looking to pick a fight in Tekken or Mortal Kombat, I’ll be more than happy to assist! Connect with me by email markjudge (@) loadthegame.com only
@@MarkJudgeLTG
Previous iPhone 6 Plus vs Samsung Galaxy Alpha
Next Nexus 6 vs Motorola Droid Turbo