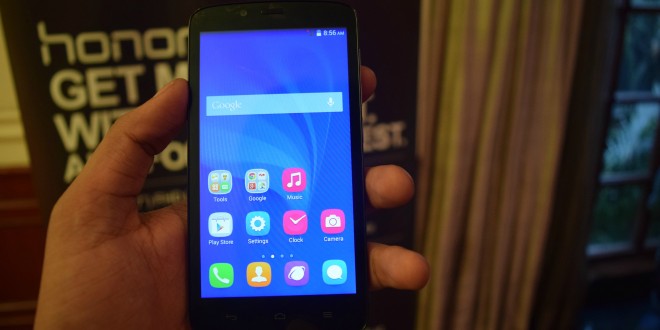 Android One has just been launched in India a few weeks ago, and the new smartphone line from Google managed to gather a lot of hype among Indian consumers. The Android One line aims to offer affordable smartphones with stock Android and support directly from Google. Huawei is launching a smartphone that will be similar to the Android One phones, the Huawei Honor Holly. The Huawei Honor Holly attempts to be a cheap mid-range phone that caters to those who can’t afford to buy flagship smartphones.

While the Android One line is already a successful project in India, Huawei is launching the Honor Holly on October 16 with a $114 price tag. Android One smartphones have prices ranging between $95 and $115, which puts the Huawei phone right in the same price category. The Honor Holly comes as a mid-range device and will sport a 5 inch display with a 720*1280 resolution and Android 4.4 KitKat. The Honor Holly will also feature dual SIM capabilities as well as a quad core MediaTek CPU clocked at 1.3 GHz, backed by 1 GB RAM and 16 GB internal storage. The new mid-ranger will also feature an 8 MP rear camera, a 2 MP front camera and a 2000 mAH battery.

While Huawei is currently famous for the Huawei Ascend Mate 7 behemoth which will surely compete with the likes of the iPhone 6 Plus and Galaxy Note 4, the company has been known for its affordable low-end and mid-range smartphones all around the world. Releasing the Huawei Honor Holly in India on October 16 would mean that Huawei is taking on Android One and is trying to gain momentum in emerging markets like India. So far, Huawei has mainly focused its endeavors in China, but we have noticed the companies various attempts of expansion this year. Huawei competes with Xiaomi and Meizu in China, but there is much more competition out there. Do you think the Huawei Honor Holly is a match for Android One smartphones or will it fade with time?

My life-long dream has been to test out every gadget on the market! Considering the fact that I've rapidly destroyed almost every gadget I've had so far, I'm not inclined to owning something, so my ideal outcome would be to have a different gadget each month. I'm really into smartphones, wearables and tablets and I love Playstation and Xbox, I'm sure I'll beat you at your own game (after a month of training... or two)
Previous Omate Lutetia is a smartwatch for women
Next Killer Instinct: Season 2 is available now 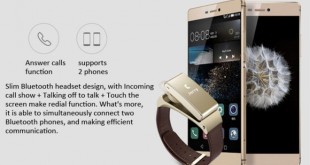