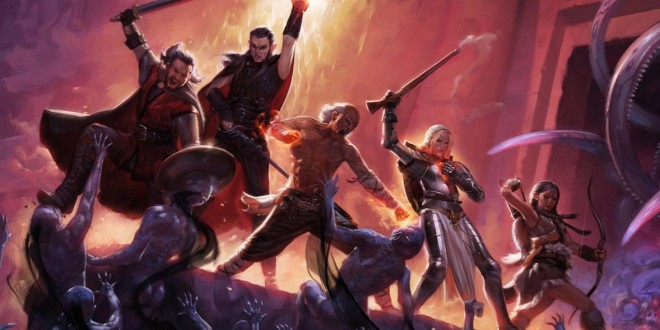 Obsidian’s fantasy role-playing title, Pillars of Eternity will be receiving new fixes and game improvements in the near future, based on the extensive feedback fans have been providing since the launch of the Backer Beta. Developers are striving to deliver fans a bug free game with features and tweaks to suit their liking, and will most certainly manage to do so until the start of next year, thanks to this open development program. This is one of the main reasons why the Pillars of Eternity launch was pushed to early 2015. Obsidian would like to assure their backers that they will try to incorporate as much relevant feedback as possible, and polish every single aspect of the game by then.

Speaking of the Backer Beta, developers have been “hard at work” trying to implement player feedback and a series of bug-fixing items into the game. “One of the major focuses for the team over the past few weeks was adding in additional character progression options and cleaning up UI to make combat a little less chaotic. You can expect everything from additional Talents and Ability selection choices to UI and HUD improvements in our next update. We are also very close to getting the Mac and Linux versions of the Backer Beta to you guys. It may even make it into the next Beta update. In fact, here is one of the Backer Beta requested UI changes – Infinity Engine-style targeting reticles,” the official forum post reads. So, we can expect additional character talents and abilities to be introduced as you gradually move up in level, improved and customizable UI, and a more flawless combat experience.

Moving on to the promised Documentary DVDs and Blu-rays, Pillars of Eternity fans might be a little bit disappointed to learn that these rewards will no longer be released, and the documentary will be now available for download through the backer portal. However, developers have another treat for those backers who would have been entitled to a DVD or Blu-ray copy. “To compensate, we have created a brand new memo-style notepad for those backers that would have received a physical version of the disc. Here are a couple of pages from the Pillars of Eternity themed notepad.” Also, Obsidian announced new Italian localisations to be included in this upcoming Backer Beta update, in response to the numerous requests coming from Italian backers of the game. Pillars of Eternity is scheduled to land in the first months on 2015, and will be available on Windows, OS X, and Linux PCs.

I'm Razvan, a sports and first-person shooter enthusiast. I've always loved writing, even more so when it involves games. When I'm not playing on my PS3 or writing, I like to run exhausting cardio workouts, play soccer, watch a good movie, or read a good book.
Previous Halo Spartan Strike announced for Windows devices and Steam
Next Far Cry 4 director reveals PS4 resolution and FPS, shares other game related details