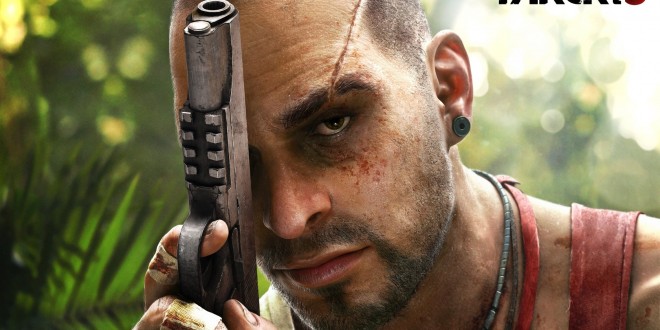 According to Ubisoft, before the idea for Far Cry 4 was born, they considered making a more traditional Far Cry sequel to the third game of the series, a Far Cry 3.5, which would have featured, among others, Vaas’ return.

Far Cry executive producer Dan Hay explained what the idea for Far Cry 3.5 was and why they scraped it in less than a week: “We definitely had the option of making a 3.5, of making a choice to just stay in the same location with the same characters,” he states. “We talked about the idea of taking Jason’s story and growing it, maybe figuring out a way to bring Vaas back. And very quickly we realized that it wasn’t going to be a thing that we wanted to do. So we stopped that conversation and said, that’s the end of the 3.5 conversation – which lasted probably about four days.”

For those who are not familiar with the Far Cry franchise, the Jason mentioned by Dan Hay is the protagonist from Far Cry 3, whose role, it seems, ended along with the respective game. Unfortunately, this might mean that fan favorite villain Vaas is gone for good as well. Ubisoft’s decision, is however, understandable. First of all, Vaas’ fate after the events of Far Cry 3 was long debated even after game writer Jeffrey Yohalem tried to calm waters through a rather tricky answer on Twitter. Second, now we have Pagan Min as a villain, so I really can’t see how Vaas could fit the world or Far Cry 4. Though, despite all I just said, Ubisoft might surprise us and bring the Far Cry 3 antagonist back in a DLC. We’ll see once the game comes out.

Far Cry 4, the first next gen game in the series, will be released worldwide on November 18, 2014, on PC, PlayStation 3, PlayStation 4, Xbox 360 and Xbox One. Ubisoft stated that they are aiming for the game to run at 1080p resolution on next-gen consoles, yet it will only reach 30fps, because, according to the developer, trying to achieve 60fps would mean making certain sacrifices like simplifying the art or having less people or events on screen.

I'm a journalism graduate and an occasional gamer. As a kid I used to own a NES clone called "Terminator 2", which was hugely popular in my country. I like old school games and adventure games but I occasionaly play RPG's and Shooters as well, though I wouldn't call myself an expert at these kinds of games. When I'm not writing or playing games I prefer reading detective or fantasy novels.
Previous Unreal Engine 4.5 was released and includes a wide variety of new features
Next Saints Row Gat Out of Hell gets a new launch date

If you are one of the people who purchased the Season Pass for Assassin’s Creed ...