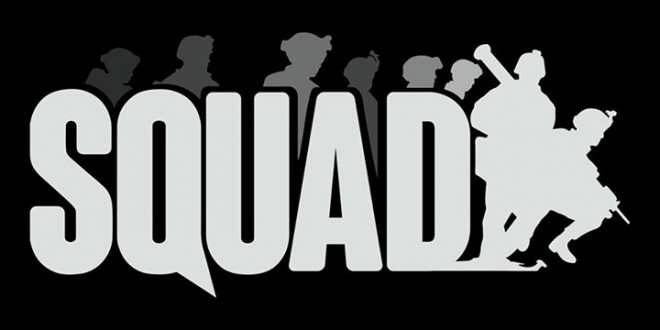 For the past few months, a small group of developers have been quietly hard-at-work on a new military-themed first-person shooter called Squad. Squad is defined as a “standalone commercial game“, focusing on strong teamwork and communication. To complement the high level of cooperation the game wants to achieve, Squad also seeks to bridge the cap between “arcade shooters like the Call of Duty and Battlefield series, and military simulations like ARMA”. As the title mentions, the game is built from the ground-up using the Unreal Engine 4.

Even though Squad is still very much a work-in-progress, the development team is already taking its first steps towards a public release. “This will be a standalone fully functioning demo that will be free to play and fun to play, and will contain a snapshot of the all the high level features which will be the basis of the game”, reads the game’s first blog post. Feature-wise, Squad is already complemented by seven character models composing the US and Taliban factions (see below), basic weapon and equipment sets, dynamic crop and foliage generation system, in addition to a “true first-person character system” (meaning you can actually see your legs; something which is quite annoying, otherwise).

The blog-post also talks a bit about the Unreal Engine 4, mentioning it’s “the best engine for the job”. “We began laying the groundwork for this project before UE4 was released, and in all honestly lucked out with how fantastic of a deal it turned out to be for indie game studios. With a ground breaking subscription model, low royalty fee, source code access, network oriented design, and a huge base of support we really feel there will be few limits on our ability to execute the vision we have for Squad”.

The most crucial part of Squad’s development, however, will be its Kickstarter campaign. If successful, said campaign will help ramp-up the development prior to the game’s Alpha stage, in addition to purchasing the usual assets, servers, and handle the business-related aspects of the game-studio’s creation. The developers are aiming to release a playable demo by December, coinciding with Squad’s Kickstarter campaign launch. For further details, you can check out Squad’s forums, Facebook page, YouTube account, and Twitter. You can check out some gameplay below, but keep in mind it’s a super-early build.

I’m Load The Game’s co-founder and community manager, and whenever I’m not answering questions on social media platforms, I spend my time digging up the latest news and rumors and writing them up. That’s not to say I’m all work and no fun, not at all. If my spare time allows it, I like to engage in some good old fashioned online carnage. If it’s an MMO with swords and lots of PvP, I’m most likely in it. Oh, and if you’re looking to pick a fight in Tekken or Mortal Kombat, I’ll be more than happy to assist! Connect with me by email markjudge (@) loadthegame.com only
@@MarkJudgeLTG
Previous New massive patch available for Wasteland 2
Next Samsung breakthrough in battery technology