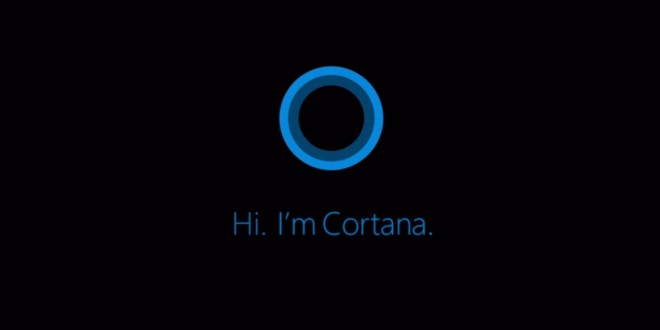 I’m sure all of you are familiar with Cortana, the Microsoft Assistant that will act as a guide for your day from your Windows phone. Cortana is now getting an update, that will bring features to the engine similar to those we can see at Google Now. While Cortana is being continuously improved, Microsoft seems to be getting the hang of how to develop a functional and practical utility that will save you time and remind you of important matters.

Siri, Google Now and Cortana are the most prominent personal assistants on devices, and each company that made them, Apple, Google and Microsoft, respectively, are continuously working on improving the apps. At the moment, Google Now seems to be at the front of the line, with great Android 5.0 Lollipop integration, revamped search suggestions, upgraded voice search as well as results based on your habits of the day. Cortana is now catching up with a new update

So far, Cortana could do things like roll dice and flip coins to calculate your odds, besides the usual calendar reminders, search functions and suggestions. With the new update rolling out today, bringing a new version of the Daily Glance, that can show you all your appointments, the time to work, weather, news and important reminders of the day. Cortana will start showing you, starting today, the travel time from work to home and the next day’s appointments in order to allow you to plan ahead, like you should.

Concert Watch is a new feature coming to Cortana alongside the update, and the feature helps Cortana determine which bands or musicians you are interested in by monitoring your Bing searches as well as Cortana searches. By doing so, Cortana will be able to notify you ahead of time about your favorite musicians playing in an area near you. Cortana can even tap into your Windows 8 PC to learn your favorites and keep you satisfied. To activate Concert Watch, go to the notebook, select music and enable the feature.

Much like Google Now, Cortana will now offer to monitor a flight that she thinks you might be regularly interested in. If you search for a flight more than twice in Cortana, she will automatically offer her monitor services and announce you when changes in schedule occur. Sadly, this feature will only be available to U.S. customers for the time being. Cortana will also suggest apps related to your location information, so that you can enjoy the local attractions easily. For example, if you go to Amsterdam, it will bring up the City Map App for Amsterdam or Uber, or Bing Translator.

What do you think of these features? Is Cortana getting closer to Google Now, admitting that it has good features? Even if the Windows Phone is not as popular as iOS or Android devices, Microsoft has been working diligently to get to the top, and the latest Lumia releases, as well as the Windows 8.1 mobile OS point towards a rise in company popularity. But that’s just our two cents. What do you think about Windows popularity on smartphones?

My life-long dream has been to test out every gadget on the market! Considering the fact that I've rapidly destroyed almost every gadget I've had so far, I'm not inclined to owning something, so my ideal outcome would be to have a different gadget each month. I'm really into smartphones, wearables and tablets and I love Playstation and Xbox, I'm sure I'll beat you at your own game (after a month of training... or two)
Previous Lenovo planning a new brand of smartphones
Next Ubisoft says The Crew will hit 60fps on PC