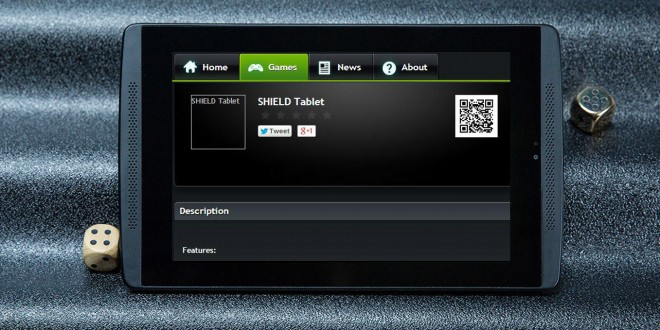 Google has announced the new Android 5.0 Lollipop mobile operating system on October 15 and has assured Android enthusiasts that its latest, and best, mobile OS will be coming to most Android smartphones and tablets in the following days. First off, Lollipop will be landing on Nexus devices like the Nexus 5, 7 and 10, after which it will be landing on Google Play Edition devices and then other slates and phones like the HTC One M8, LG G3, Samsung Galaxy S4 and co will be in line. While that’s nice to hear, one of the best news Google could gave about Lollipop is that it would also be coming to the Nvidia Shield Tablet many have praised as one of the best compact tablets around.

Nvidia has confirmed that Android 5.0 Lollipop is coming to the Nvidia Shield Tablet and said that it would be updated sometime in the next few months. Nvidia didn’t give an exact date for when the OTA will be arriving. Nvidia managed to squeeze in a bit of news about the Nvidia Shield tablet as well, saying that along with Android 5.0 Lollipop, the slate will be receiving something more, although the company didn’t mention what it was talking about.

The Nvidia Shield Tablet comes with an 8 inch display with a 1200*1920 resolution, 2 GB RAM, either 16 GB or 32 GB internal storage, as well as microSD card support. The slate also features Nvidia’s DirectStylus and stereo speakers and has both a Wi-Fi and LTE version. What’s neat about the Nvidia Shield Tablet, besides the awesome processing power, is that it offers a 5 MP shooter on the front and the same 5 MP shooter on the back. Currently, the slate retails for $300 for the Wi-Fi version and $400 for the LTE enabled version.

My life-long dream has been to test out every gadget on the market! Considering the fact that I've rapidly destroyed almost every gadget I've had so far, I'm not inclined to owning something, so my ideal outcome would be to have a different gadget each month. I'm really into smartphones, wearables and tablets and I love Playstation and Xbox, I'm sure I'll beat you at your own game (after a month of training... or two)
Previous Sony Xperia Z4 specs, camera, release date leaked
Next Intel-powered Chromebook 2 launched by Samsung