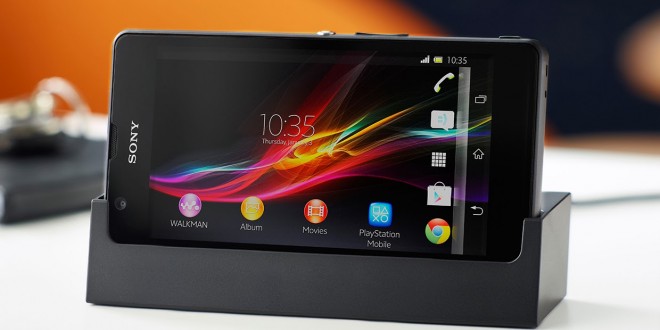 We didn’t even get a chance to take in the new Sony Xperia Z3 and Xperia Z3V launch of last week, yet rumors about a new Sony Xperia Z4 are already piling up. Sony had said previously that it would be continuing the 6 month launch circle, as it had done with the Xperia Z2 and Z3, and according to that statement, we should be prepared to see an Xperia Z4 in April or May 2015. Although the 6 month cycle for Xperia smartphones seems like a good idea, helping the company compete against the dozen new flagships coming out in the mean time, the Xperia Z4 might make Sony reconsider and choose a more reasonable 1 year circle.

The new Xperia Z3 and Xperia Z3 Compact have had a great start on the market and the Sony event in New York, although some would have expected a T-Mobile and Z3 Compact launch, did excite many Verizon customers as well as those interested in the new Sony flagships. Nonetheless, where there’s smoke, there’s fire, so we are expecting to see a powerhouse Xperia Z4 that will surely stomp the competition, no matter what it will be.

According to recent leaks, the Xperia Z4 will sport a 5.5 inch display with a 1440*2560 resolution, making it just as bright and shiny as the Galaxy Note 4. Besides a great screen, the Sony Xperia Z4 specs include a Snapdragon 810 CPU with 64 bit support, so that it can fully exploit the new configuration offered by Android 5.0 Lollipop. The powerful Snapdragon 810 will be backed by 3 or 4 gigs of RAM as well as 32 GB internal storage. We do expect to see a microSD card slot on the Xperia Z4, although that feature hasn’t been mentioned in the leaks. The Xperia Z4 will also come with an impressive curved Exmor 20 or 20.7 MP sensor and will offer a better camera experience than we’ve seen before on Sony smartphones. LTE Cat 6 up to 300 Mbps and Bluetooth 4.1 are also expected on the Xperia Z4m as well as stereo speakers with some sort of new amplifiers built-in. An IP certification is for sure, since we’ve been accustomed to it by Sony.

So far, the Xperia Z4 seems future-proof enough to allow Sony to extend the space between launch dates to at least a year and be more confident about its handsets. Even though the Xperia line hasn’t enjoyed the popularity it should, we are confident that the Xperia Z3 and Z3 Compact will be successful in the American market as well as internationally, and set a great stage for the upcoming powerhouse Sony Xperia Z4. We would like to see some design changes on the Xperia Z4, because most people who would rather pass on the Z3 say that it is because it’s bulky and has pretty big bezels and size. We would like to see thinner bezels and a less square design on the Xperia Z4, but it’s not a necessary change to make the Z4 popular. We’re sure that these powerhouse specs, if real, will surelu attract a substantial crowd.

My life-long dream has been to test out every gadget on the market! Considering the fact that I've rapidly destroyed almost every gadget I've had so far, I'm not inclined to owning something, so my ideal outcome would be to have a different gadget each month. I'm really into smartphones, wearables and tablets and I love Playstation and Xbox, I'm sure I'll beat you at your own game (after a month of training... or two)
Previous Google is working on new wireless technology
Next Nvidia Shield tablet getting Android 5.0 Lollipop